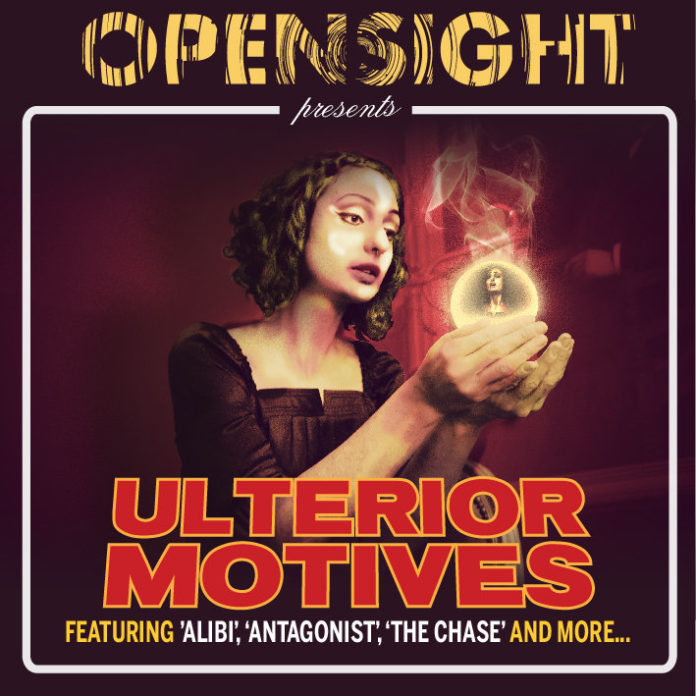 As a big fan of Diablo Swing Orchestra, I love it when a band presents something different and unexpected. Despite how many bands pop up every day, very few actually dare to go beyond the “accepted” handful of influences and elements that can be brought into the music. That’s why what DSO, Unexpect and (now) Opensight do is so damn important. They bring variety to a music that would otherwise risk falling into creative stagnation.

From the 8-bit sounds that open the album, to the rock, metal, jazz and blues influences that seem to permeate the whole release, Ulterior Motives is a creative rollercoaster. While melodically I can absolutely see some similarities to the work of DSO, it is also an album that brings memories of Faith No More (granted, this might be the consequence of the occasionally  Patton-esque vocals of singer Ivan David Amaya) and, unexpectedly, even of The Blue Man Group (seriously, the ending of “The Chase” really brought some memories).

Of course, not everything is positive. Amaya‘s strength as a singer shines mostly when his voice is coming out strongly, losing a lot of quality when he goes back to a more normal, conversational tone. This is what happens, for example, in the middle of “Vanishing Point”, and it just affects the whole song. His cleaner tone is a bit too nasal for my taste, and I just don’t think that’s the road he should be taking in his music, particularly when his stronger vocals sound much better (the comparison to Patton says it all).

Interestingly, the creativity exhibited throughout Ulterior Motives is not the product of extreme virtuosity or of complex instrumentation. Unlike what other avant garde acts, like Unexpect, have done in the past, Opensight have kept things simple and placed a lot of emphasis in the ambiance and melody. The “jazzy”, “bluesy”, and even “symphonic-y” elements featured in Ulterior Motives are presented in a coherent, catchy and efficient way, ensuring that the overall product does not come off as put together at random.

The production and mixing do such a great service to the music that I can’t help but be amazed at the fact that this is an independent release. If this is what they’re capable of doing on their own, I can’t even being to imagine what they might be able to do when they get the backing they deserve.

I am really, really, looking forward to see what these guys can do.