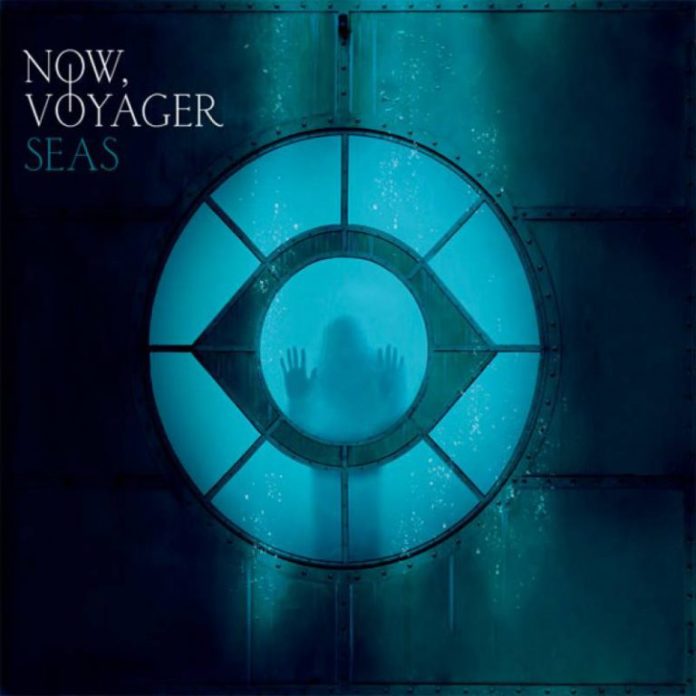 [dropcap]I[/dropcap] get a lot of stuff in my Metal Blast inbox – easily half of that is small bands or indie record labels asking us to check out their latest release. Understandably due to time constraints we can’t check them all out, however we do try to pick out the ones that interest us the most and give them a listen. I’ve never heard of Now, Voyager or their EP Seas before they hit my inbox with a copy of the album…and you know what? These guys are worth checking out.

The easiest way to describe Now, Voyager‘s sound on Seas is a throwback to the old days of math/metalcore, when bands like Every Time I Die weren’t afraid to throw their weight around the scene. From the opening minute, Seas sucks you in with a wave of screamed vocals and interesting instruments. If this is really Now, Voyager‘s first EP (information on the group seems hard to come by) then they showed some pretty good song writing skills. The opening song “The Surface” has a great mix of almost off-the-rail moments coupled with a relatively strong chorus; it has no trouble keeping your attention for the entire song. The contrast between the chrous and the rest of the song isn’t so jarring that it’s cheesy, and the song maintains a relatively nice flow throughout. The same thing can be said for the song “To Very Beginning”; but this also brings up an interesting quirk with Now, Voyager. For a band that seemingly tried to create a balanced EP filled with both fast songs/parts and slow, it’s really only the faster songs that work at all on Seas.

Let’s take the track “Seas” for example. It’s literally just two minutes of sounds, twinkles, and piano. I get it, they’re trying to build up some sort of atmosphere within the EP, maybe give the songs a little space to breathe. This would all be great – if the EP actually needed it. This isn’t a full-length effort by any means; it pretty much hits twenty minutes long exactly. The result basically seems like wasted space; did I really need to hear that? No, probably not. If this was a full-blown album that was 45 minutes long and 10 songs deep sure – throw the instrumental track in there to break things up a bit. Perhaps it would be better if the instrumental were actually engaging and fun to listen too – it’s just a repetitive drone that seems like it goes on forever (and it’s only two minutes long…). Unfortunately, “Seas” isn’t the only track on this EP to suffer from this problem – the last track “Tabula Rasa” is also on the slow side, and is no fun to listen to either. Now, Voyager is just better at the faster-paced stuff, plain and simple.

Moving on to the production; it’s a mostly mixed affair for the Seas EP, although it would be nice if their was a little more punch the the drums. The vocals tend to overpower everything else at times; drowning out both the guitars and drums to the point where you have to work a little bit to pick them out. It’s a problem that many mathcore bands have; but that’s still no excuse. It was supposedly mixed at Outhouse Studios; home to UK based Architects, and their last album sounded fantastic so I really can’t say what’s going on over there. It’s worth noting however that the production does not ruin the album; those problems were the only real ones I had with it. One nice thing I will say, is that the EP seems to have a fairly large dynamic range; parts that you would expect to be louder are louder, and the soft parts are suitably soft. You might be thinking to yourself “Well duh” but there are countless metal albums where the acoustic passage sounds just as loud as the regular part. This album, thankfully, does not have that problem.

I still stand by my initial thoughts that the EP is at least worth checking out if you’re a fan of “mathcore” type music. It’s not the craziest out there, but some songs are very well-done. It’s just a shame that 2 out of the 5 songs on Seas are duds; with such a tiny collection of songs that’s a huge portion of it that goes right down the drain. Now, Voyager definitely deserves to finally have a crack out a full-length album (according to the email their PR agency sent me, they’ve been together since 2001 and the Seas EP was their first EP they’ve ever recorded. How the hell does that happen?) songs like “The Surface” and “Foundations” show a lot of promise.