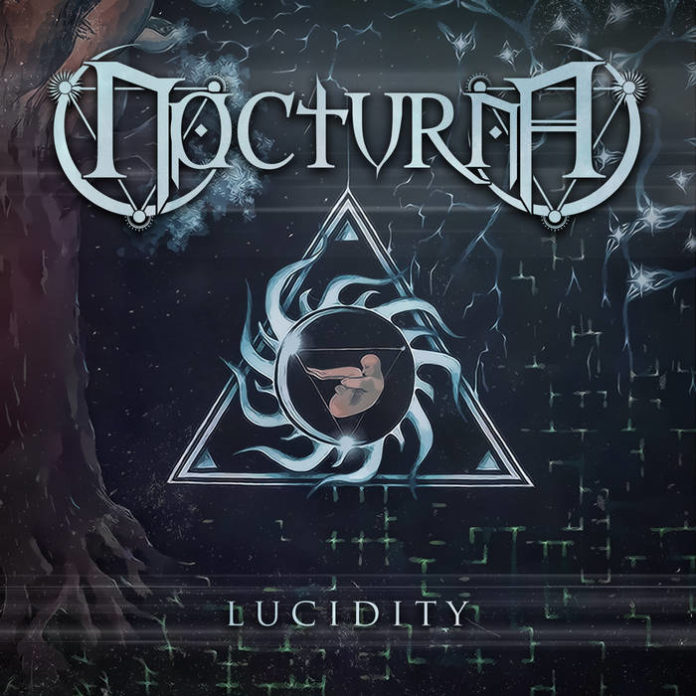 Lucidity is a strange beast of an EP. It comes out of its cage whimpering and whining with a lame intro comprised of ambient noise, an echoed guitar track, and occasional drum beats that don’t do much to set the stage for the following performance. Things kick up though, as the guitarist switches from the pointless noodling to some hard and fast riff work, which blends in well with the keyboards, as they build off one another. Things run more or less smoothly until the vocalist makes an appearance sounding like a cross between a wimpy James Labrie and John Arch. It’s not just that it’s a strange style, it’s that the vocals feel out of place, failing to match the rhythm of the music.

The performance does improve considerably in the second half of Lucidity (following the aptly called “Interlude“). Nocturna pull together for a relatively impressive performance in the end, with the guitarist pulling some exciting tricks out of his sleeve, percussion slamming in with fast and precise work, and the vocals growing some balls and reaching a solid range while staying in step with the music.

Overall, there are a lot of rough patches in Lucidity for Nocturna to work out, particularly in the vocal department, but there are also parts that kick ass and excite. While their first outing may not have been fantastic, there is enough effort and skill present to keep me interested in what they’ll bring out next.