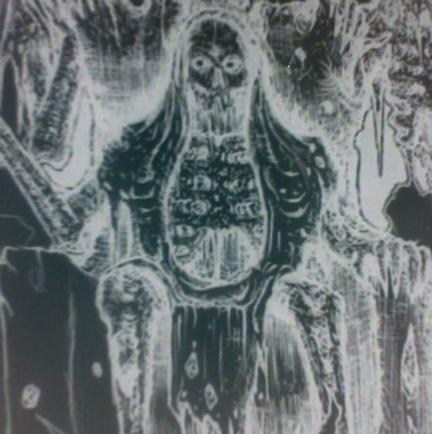 I’m not sure how many of you are familiar with a brutal death metal band by the name of Gortuary, but I was first introduced to Oscar Padillo through his magnificent and guttural performance in their 2008 album called “Manic Thoughts of Perverse Mutilation.”  That release was an destructive monster from beginning to end, and Oscar really helped the album achieve the greatness it was meant for.  Unfortunately, Oscar left Gortuary and has moved on to other opportunities, which includes the formation of Memory, a progressive death metal band.  In a conversation I had with Oscar, he had told me a little about Memory and gave me access to their EP, “Erasure.”

What grabbed me as I made my way through the four tracks on “Erasure” is how much of an Akercocke vibe I was getting at certain times.  The music itself isn’t the same brand of Satanic progressive black/death metal we are used to from that bend, but it gives off that same peaceful atmosphere that we would hear in tracks such as ‘Axiom’ or ‘Leviathan.’  The title-track itself gives off that vibe for almost the first-half of it, especially in the way the guitar tone and drum machine is programmed (which were done by Shaun Pena).

Memory make very good use of the “progressive” tag by keeping the song-writing relatively diverse in seamlessly jumping from death metal to more calm and clean instrumental sections, and then back again.  Mateo Bernal’s (bass, synth) work on “Erasure” really stands out in making sure to keep the listener engaged, particularly when it comes to his synth work in tracks like ‘.589’ and ‘Unclear Mental Portraits From Lives (Parts I & II)’ because of those clean breaks.  The only straight-forward progressive death metal song is ‘Erasure,’ in making sure to give us a good amount of melodic leads and vocal range in both high and low growls.  I also need to say that the drums were done incredibly well, and if Oscar hadn’t told me they were programmed to begin with then I would have assumed it was a real drummer.

Memory made sure to pack a lot of material into the 14 minutes that comes on “Erasure,” and I believe they have definitely found their sound.  The EP is available for free download on the bands Facebook page, so be sure to head over there if you are looking for a different approach to death metal to end your day.