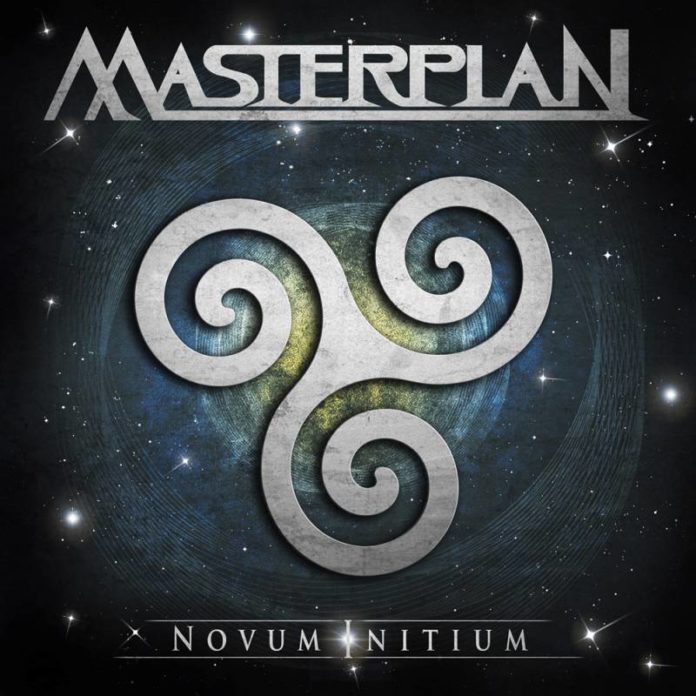 Best known for being founded by ex-Helloween members, Roland Grapow and Uli Kusch, Masterplan is a band with a turbulent history of line-up changes. After parting ways with Jorn Lande and the rest of the previous line up, the two remaining members, Roland Grapow and Axel Mackenrott reinforced their lines with fresh blood, and have released the band’s fifth release, Novum Initium; A New Beginning the band definitely needs.

With a lot of bands and genres in their respective resumes, the new members, Jari Kainulainen (ex-Stratovarius) on bass, Martin Skaroupka (Cradle of Filth) on drums and Rick Altzi (At Vance, Thunderstone) on vocals, definitely give Masterplan a new flavor, in many ways the same but still different from the band’s previous works. Although there are a lot of trademark Masterplan elements, Novum Initium is a breath of fresh air the band needed. Tracks such as “Black Night of Magic,” Betrayal” or the title track are good show that the band had taken a more mature approach to songwriting. There are also some tracks, like “The Game” and “Keep Your Dream Alive,” that are more akin to generic, early 2000’s power metal, and closer to the band’s classic sound.

The production is handled incredibly well, with a strong emphasis on the atmosphere set by the keys. The sound features powerful guitar and keyboard solos, although the drums are definitely the most impressive part of the record. Evident in “No Escape,” the drums bring a whole new dimension to the sound, and along with atmospheric keys and darker mood, the song is a great example of strong songwriting. Some of the weaker points of the album are the aforementioned, generic tracks that bring nothing new onto the table, and sound like B-Sides taken from the previous releases. The other thing is that vocalist Rick Altzi, although a great talent, is trying too hard to be Jorn Lande. An undisputed talent, Jorn was an essential part of the band’s sound, and I feel that Rick needs to establish his own identity within Masterplan’ so that he could truly shine.

In conclusion, Novum Initium will be well received both by old and new fans. A big improvement over the band’s previous record, Time to Be King, the new album proves that the band still has a lot to say. I’m confident that when the new members are fully integrated into Masterplan, the band will once again establish themselves as one of the more important names in contemporary power metal.