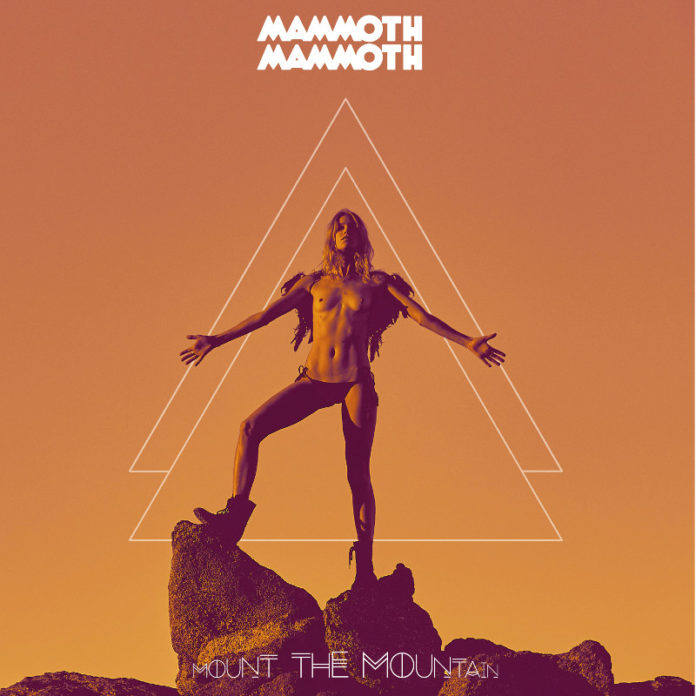 With their latest album, Mammoth Mammoth keep up the party-friendly stoner hard rock style that they’ve long been working, cranking out “Yeah!”s and chunky guitar riffs along with lyrics about rough trips and steady bashes of drums. It’s a pretty safe formula, but the band does fit in some expansive shredding here and there, helping to slightly lift the album past the level of stoner cock rock at which it could have happily dwelt.

Even with those passages of comparative creativity, which are almost exclusively instrumental, there’s a bit too much passivity to the album. Not in the sense that the music just sits there, because that’s simply not the case; it moves about with a liveliness that demands some measure of respect, even if it’s the kind of wary respect you give someone when you don’t know which drugs they’re on, or how long they’ve been at them. The problem is in the music’s shaping. I’ve heard them compared to a modern AC/DC, and that band’s well-known divisiveness among rock fans should give you an idea of where Mammoth Mammoth‘s issues lie.

The thing is that there’s just not much inventiveness to any of it. Where AC/DC arguably took hard rock and refined it to a razor-sharp focus (which is often the main problem for their detractors), they were at least coming from an era where the narrowing of a song to a handful of riffs, a few main big beats, and a catchy chorus could be taken as firm song-writing, as long as it was played with an attitude of having the balls to back it up. In 2017, the musical landscape, even when constrained to just the realm of rock, is just too wide-sprawling for that sort of thing to fly with broad appeal unless it has some sort of extra gimmick. Mammoth Mammoth don’t have one of those, as far as I can tell; and no, T&A on the cover art of their albums isn’t enough.

While the vocals are strident, the drums pounding, and the guitar nice and brazen, they don’t come off as trying to establish themselves as huge attitude. Without the stoner rock elements, which you could find brought to fuller fruition in dozens upon dozens of upcoming bands, the songs feel kind of flat in their construction, borrowing elements which have been run into the ground for decades on end at this point. Thankfully, the production gives a semi-deceptive sense of depth to the banging and yelling, with practically all the tones sounding rich and full, the drums big and bold, and so on. But it’s kind of like being served a PB&J sandwich on a bamboo plate, maybe with a sparkler stuck in it; sure, there’s a sense of earthy connection and a minor hint of danger, but in the end, it’s something you’re likely to have had many times before, without enough to really make it seem different in any meaningful way.

THE BOTTOM LINE
The musical equivalent of pre-packaged comfort food, with just a small chance of exceeding expectations
Reader Rating0 Votes
POSITIVES
High energy
Good tones
Enthusiastic performances
Solid rock
NEGATIVES
Very few signs of the band looking to grow beyond something that could have been done almost half a century ago
3.5