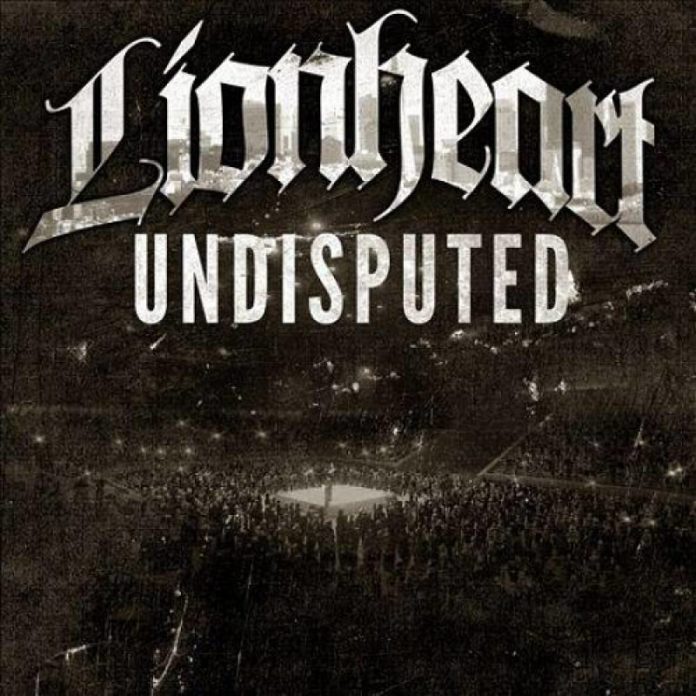 Lionheart‘s lastest album Undisputed is a double-edged sword of sorts; in a way it’s almost kind of refreshing to hear a band stay away from whatever gimmick seems to be “in” at the moment and just make music that sounds like some pissed off guys jamming together. It’s also that mentality that also holds Lionheart back on Undisputed, as listening to the album all the way through often leads an unsatisfied feeling akin to eating a bunch of Chinese food only to feel hungry an hour and a half later.

Undisputed is through and through traditional hardcore with a tinge of metalcore thrown in at times; the band most definitely leans heavily towards the hardcore side of things though so you’ll want to keep that in mind while listening. Don’t go in expecting a plethora of double-bass pedals or dueling guitar solos, which means that most of Undisputed‘s staying power is focused on it’s straightforward riffs and vocals. This is a rather big problem because there’s just not enough differentiation in then riffs on this album; a vast majority of them are forgettable run of the mill hardcore riffs that were being considered boring in 2006, let alone 2012. Seriously; the album is only a half hour long and I felt like I was hearing the same riff over and over again for the most part.

Drums don’t get to walk away from this unscathed either; they absolutely never do anything exciting on Undisputed. Ever. Now I understand that Lionheart probably wants to keep everything as “true hardcore” as they can, but at some point after awhile it just becomes dull instead of nostalgic. It’s not impossible to play hardcore music and also release something that sounds fresh and exciting on a consistent basis either; look at the albums that Terror has put out the past few years (seriously, most of them are really, really good). Undisputed isn’t a total wash though; a select few songs save it from being a total disaster. “End Of My Rope” is by far one of the best on the album and a demonstration that on the rare moment where Lionheart is firing on all cylinders, they can put out some catchy stuff. The opening riff to the song is actually memorable and the song flows nicely with shouted gang vocals and a great chorus.

“Better Days” is also one of the better songs on Undisputed, as well as “Letting Go”. Unfortunately these songs can’t save the rest of the album from being a rather by-the-numbers boring affair. At least the album sounds good, with producer Nick Jett (Carry On, Terror) doing a good job of not just cranking up the volumes sound all the way up and calling it a day. The guitar tone is great and drums are suitably placed in the background with the sharp thump the kick-pedal instantly noticeable. Everyone is mixed where it should be, and the album sounds good through speakers or headphones.

A few more songs on the same level as “End Of My Rope” and “Letting Go” would have gone a long way in changing my opinion on this album. At the end of the day there is just way too much filler and forgettable songs on Undisputed, which is a real shame since Lionheart showed what they were capable with a select few songs. It’s not a total disaster of an album, but besides the aforementioned songs there really isn’t a reason to listen to the album more than once.