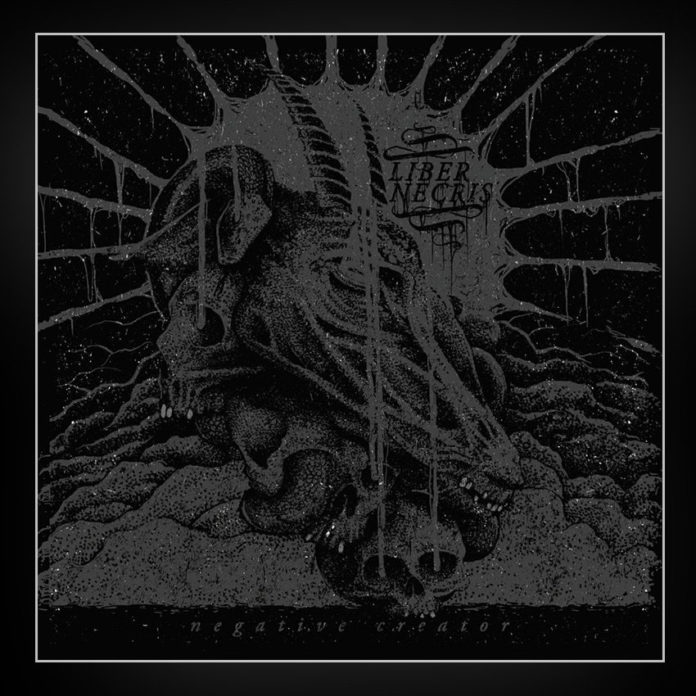 Liber Necris occupy a strange place in metal, not fitting straight into the black metal reign, but also not into the death metal area. Although they are called “blackened death metal” (a monicker I’m not too fond of) they don’t seem to be constrained by it.

As I write this, and even though I’ve listened to this EP several times, it’s still hard for me to define exactly what I’m listening to. It’s definitely melodic (reminds of Dissection at times) but also quite cacophonous, sometimes bringing memories of Anaal Nathrakh (such as in the backing growling vocals in “In the Beginning (First Light)”). Obituary and Cannibal Corpse also find their way into my mind as I listen to the screams coming from my headphones, perhaps courtesy of the lighting-fast drumming delivered by Tom Mulvihill.

Liber Necris define the concept of the album as “the story of the life and death of earth through our own hate and rage”. Although most of the time I would have dismissed this as the kind of dark hyperbole that black metal bands love so much, in this case there is some truth to it. Things like the changes of tempo in tracks like “De-constructor: Negative Creator”, or the switching of vocal styles that happen throughout the record create a feeling of uneasiness that stays with you during the whole listening experience. They have managed to create an album that not only keeps you on edge, but also keeps you wanting for more.