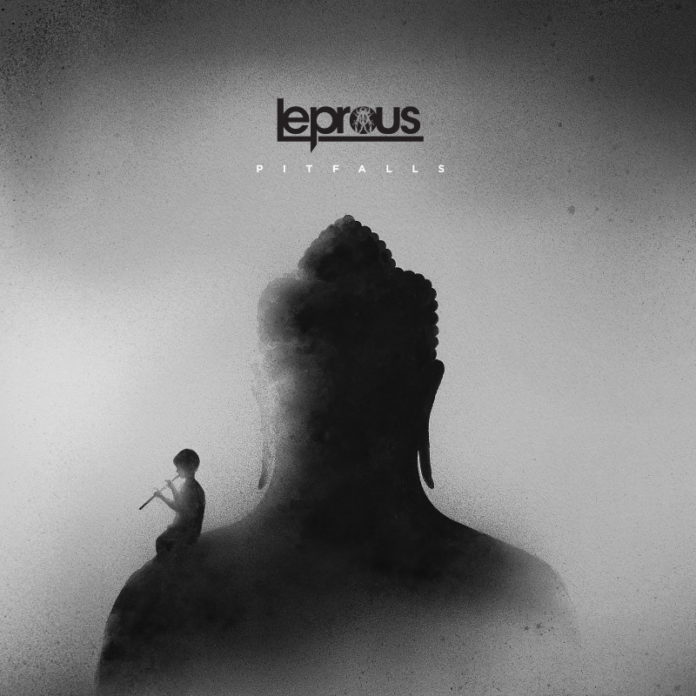 With their sixth studio album, Leprous have decided to do things a bit differently. Not just because it’s a turn away from metal, as they themselves admit, but also because it’s an exploration of vocalist Einar Solberg‘s experiences with depression. And while the emotional vulnerability is certainly the album’s focus, the supporting musical structures are handled in intriguing ways.

Blending prog, alternative, pop, jazz, a sprinkling of modern classical, and electronic garnish, the music shifts fluidly between synthetic and organic moods, keeping the vocals at the forefront to emphasize the delicate human component drifting through the melange. It tends to feel a bit like latter-day Porcupine Tree, but with almost falsetto vocals, and a more fragile overall vibe. The wealth of high, arching vocals flourishes are perhaps the most metal touch, calling to mind symphonic power metal like Rhapsody of Fire, but with a much less cluttered context. In “At the Bottom”, for example, the song is almost spartan in nature, with nothing but one or two electronic textures, strings, and quiet percussion forming extended bridges. Things get a bit overwrought at times (e.g. the segmentation of the eleven-minute album finisher “The Sky is Red”), but the bombastic wails and crescendos tend to feel mostly earned.

Where this album really shines is in the drums, handled by Baard Kolstad. Even when it’s just a two-bar fill arrangement, he’s doing something interesting and confident. Basically anytime you turn your focus to his part of the action, he’s finding a way to make it lively and unusual. And even though he doesn’t get to take the lead often, those rare occasions find him blowing everything else out of the water. It kind of makes sense that he doesn’t get into the spotlight too often, as that might steal everyone else’s thunder.

If Depeche Mode-like moodiness and melodramatics don’t mesh too well with your tastes, even when couched in proggy instrumental flairs and technical theatrics, this album probably won’t win you over. And that’s okay. But it’s undeniable that the band has put some damn good work, creativity, and thoughtfulness into the creation of these songs. If you’re willing to take a gamble on the album, and listen with an open mind, you may be enjoyably surprised by these songs about depression. After all, when it comes down it, the band’s willingness to blend styles together in service of the emotional journey is much more daring than all the edginess and skull-brandishing that modern black metal can bring to bear.

THE BOTTOM LINE
An unusual but interesting work, with plenty of details to sift through and examine over multiple listenings
Reader Rating0 Votes
POSITIVES
Respectable fusion of musical styles
Very cool drum-work
Plenty of experimentation
NEGATIVES
Likely to put off those who go into it expecting the metal of the band's earlier releases
Gets a bit lost in its own dramatics,
4