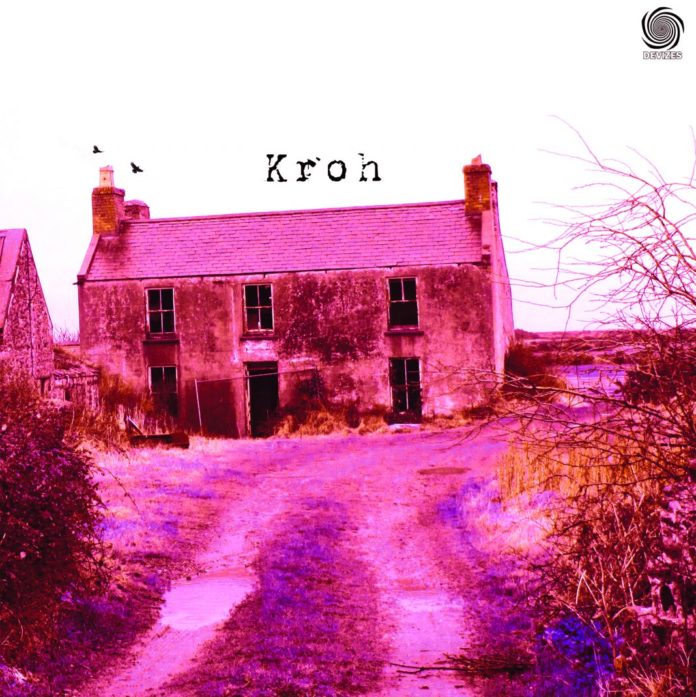 When I got the self-titled LP from English doom metal group Kroh in my inbox, I got pretty excited. It sports members from crust-grind terrorists Fukpig, and a few of the folks who helped realize the Anaal Nathrakh armageddon in a live setting. It’s easy to set yourself up for disappointment with an immediate comparison to acts like that, true, but what would you think a doom album from members of Fukpig and Anaal Nathrakh’s live lineup would sound like? If you guessed fuzzy earth-shattering guitars, you’d definitely be right – there’s hella fuzz to be found with Kroh’s self-titled debut. But that’s really where the doom ends, as far as I can see. The band seems to write their songs with less of an ear for heaviness, and more for a sensibility of what’s most likely to get on the radio. And that’s not how you make a fucking doom metal album, man. Come on.

I’m not going to pretend that Kroh is completely irredeemable, though – there’s glimmers of good riffs on the opening cut “The Plant We Seeded,” and the last three cuts are actually pretty good. “Inside” has a good sense of dynamics and pacing with a good central riff, “How I Wish That I Could Know” is a flute-driven gloomy ballad in the vein of Black Sabbath’s classic “Solitude,” and “Fruits and Wine,” with a cello-bolstered arrangement, squeals of feedback, and a nice head-nodding riff, is definitely the closest the album comes to sounding heavy in any way. Kroh just takes far too long to get to something that sounds good, as the rest of the songs on the album are an indistinguishable nadir of radio-rock dressed in doom’s clothing – the fuzz is there, as are the clean vocals recalling Candlemass, but it seriously sounds like something you’d hear bookended by Chevelle or something on your local FM dial. If that sounds awful, it should. Because it is. What comes immediately to mind is a five second segment near the end of “Luciphoria,” a fast-paced rocking cut with vocal harmonies and major chords, where the poor attempt at a radio-friendly chorus cuts out to an acapella break. With hand claps. This is one of those times where I really wish that I was making this up wholesale, because then I wouldn’t have had to suffer through it.

There’s some good shit that Kroh does; they just need some quality control. Badly. The good cuts near the end are definitely good, it’s just that most listeners aren’t going to bother wading through five tracks of sleep-inducing radio-rock mediocrity to get there. I would expect to hear such emasculated imitations of doom from some no-name act that nobody cares about, but not from the guys from Fukpig. Not from the dudes responsible for Anaal Nathrakh’s live assault. That’s just shameful. I mean, we all have our guilty pleasures in music to be sure, but forcing them on the rest of the world is generally a bad idea, especially when you can’t do it well. But that being said, Kroh is hardly the worst offender in that regard. They’re still better than the new Morbid Angel.