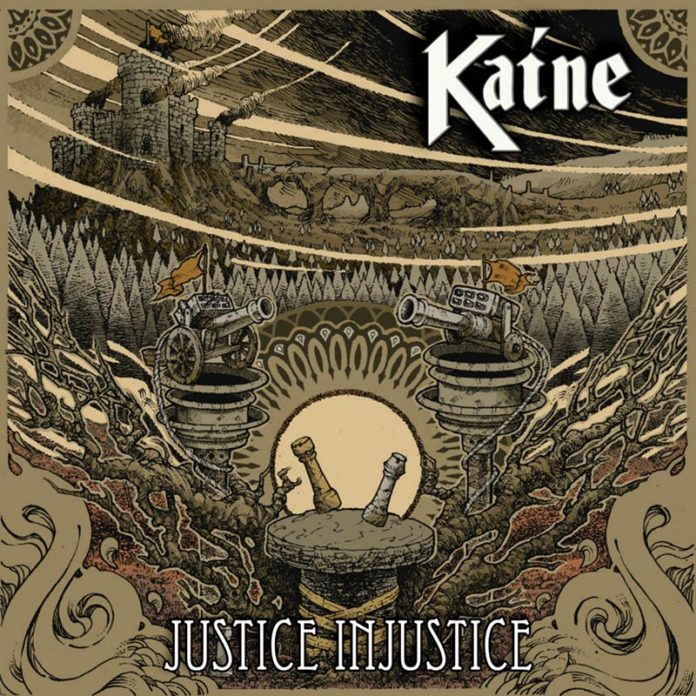 With a riffage that immediately brings to mind their compatriots in Iron Maiden, Kaine bring forward the first single of their upcoming third studio album. It’s a tiny record, packing only one song (no outtakes, b-sides or anything) and, sadly, not a lot to talk about.

Despite the mental images of  NWOBHM that are awaken by the song, there is very little to take away from this record other than the desire to listen to some of those other bands. Singer Rage Adler appears ill-suited to front a band that seems so desperate to pay homage to the 80’s British metal scene. His voice is much more appropriate for a thrash setting (it could work fairly well in a Kreator tribute band) than accompanying this type of songs.