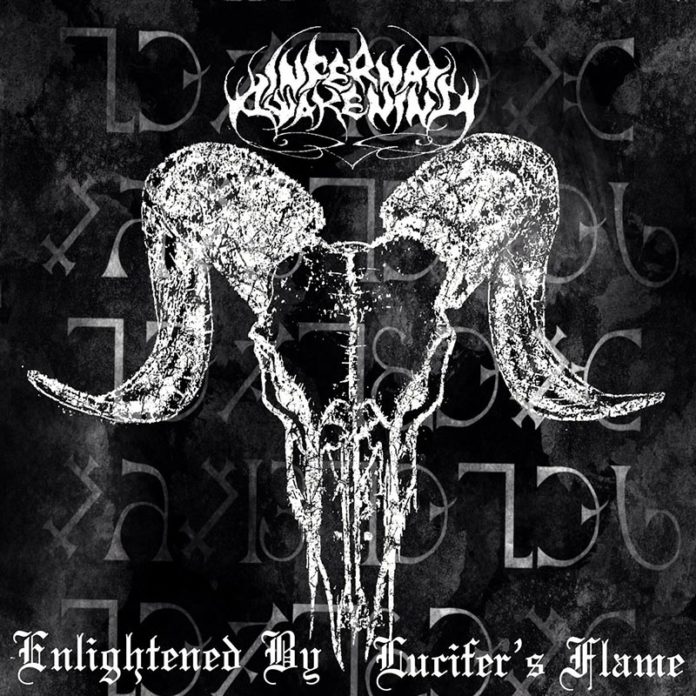 Hailing from, of all places, Tucson, Arizona, Infernal Awakening are a symphonic “orthodox” black metal band that promises to set the world on fire. Their philosophical approach to music is reminiscent of that of Dissection, in the sense that theistic Satanism (I can’t tell what their specific flavor is though) appears front and center in their material. They’re not shy about their message, even mentioning (although in what I’d like to believe is a tongue-in-cheek manner) that they endorse and encourage “the use ov hard drugs, alcohol, body modification/mutilation, murder, and all other forms ov debauchery which may lead to gratification. Remember kids, no body no case”.

In a genre that seems to be increasingly dominated by music that imitates the sound Watain, these guys dare to try something different, including some more “orchestral” arrangements (from a synth, but you know what I mean), giving the whole thing a more epic feel. For better or worse, I get some hints of Cradle of Filth and Dimmu Borgir in the sound, even though many would like to pretend that neither band ever existed in the first place.

The problem with a symphonic approach to black metal is that there’s always the possibility of taking away some of the strength of the final product, and that you end up with, well, Dimmu Borgir. Infernal Awakening’s ambitious project actually managed to avoid this, and still delivers a powerful and heavy black metal release, while still maintaining a nice melodic and epic feel throughout the record.

Although for many the juvenile Satanist angle might be a deterrent (and I honestly do not think they’re serious, particularly when they invite us to “smoke Satan and hail crack”) I really believe that you should give them a shot. If this is what they are capable of doing with a self-released record (and still manage to get a fairly good production) I can only imagine what they’ll be able to come up with within a more professional setting.