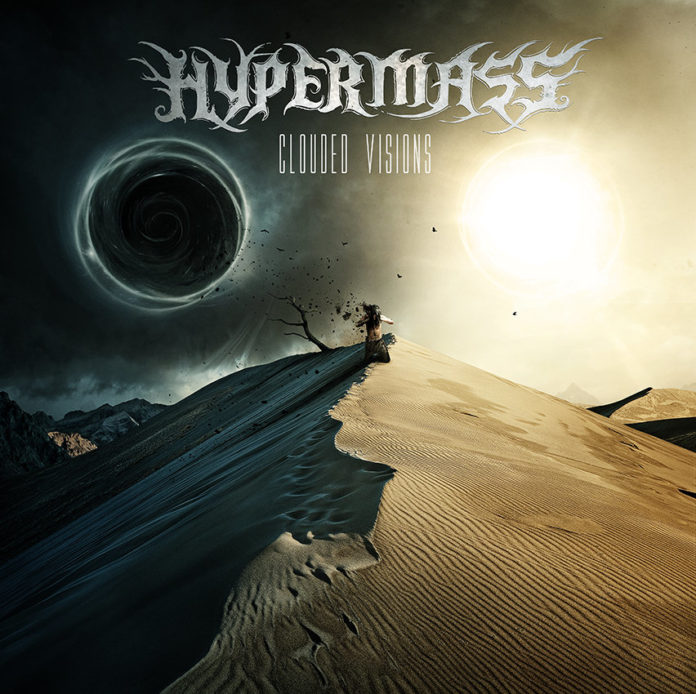 The Norwegians of Hypermass have an approach to melodic death metal that, while quite pleasant, isn’t exactly what you’d call groundbreaking. They seem to be quite connected to the Gothenburg school of death metal, taking quite a few cues from the likes of Arch Enemy and In Flames. While a derivative sound can be a turn-off, it is something that we can overlook when it comes to new bands that are still finding their own sound (hell, let’s not forget Pantera started as a fucking glam rock outfit). It’s actually when they try to do “new” things within that style that they really miss the mark. For example, Hypermass will sometimes try to slow things down to a doomy vibe, and there things go to hell (check the last few sections of “Ionize” to see what I mean).

Aside from  their melodic death metal, they also dabble in a competent metalcore attempt, packing a few breakdowns in their sound that really make you wonder what happened to the death metal band that opened the EP. It’s not bad, as far as metalcore goes, but it’s definitely annoying for those who might have been interested in the melodic death metal aspects of their music. It’s also quite derivative at times, adding little to the already overpopulated genre of metalcore and its derivations.

The problem of Clouded Visions, aside from the occasionally derivative sound,  is that it seems to show a band that hasn’t really found its sound yet. Although what they do they do it competently enough, the absence of a unifying thread, of a single identity to which they can hold on to (I mean, what’s up with the half-assed attempt at prog rock in “Clouded Visions”?!), makes it at times sound more like a compilation of tracks by different artists than the work of a single band. It’s like they all had many ideas, and none of them wanted to leave anything out this release, no matter how seemingly unrelated it might be to the rest.

It is undeniable that Hypermass know what they’re doing. They are accomplished musicians who are on their way to master their craft; the problem is that skills alone won’t always cut it. Until they learn that, despite their clear potential, they’ll stay in the shadows.