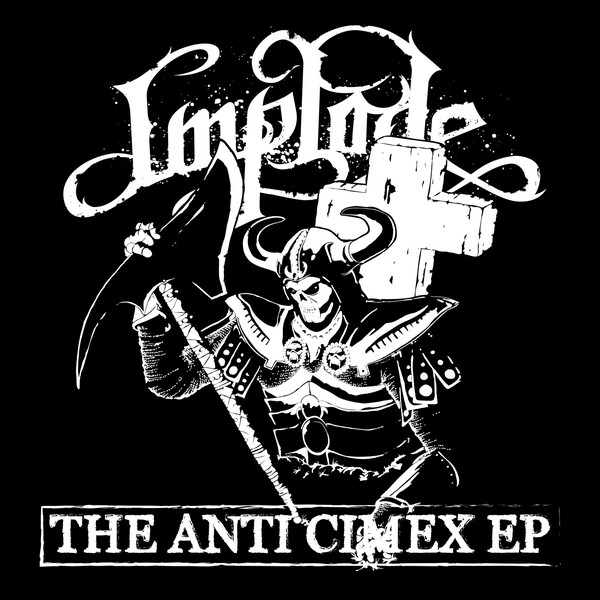 Crust punk and metal collide on The Anti Cemex EP, the latest release from Mariestad, Sweden’s Implode. On this release, Implode pay homage to, you guessed it, crust punk band Anti Cemex, who are also from Implode’s hometown. The crossover between crust punk and extreme metal isn’t super uncommon, with Darkthrone having released some crust punk-oriented material in recent years, and Tomas from At The Gates fronting the crust band Disfear. The two sounds aren’t too sonically different, as can be heard on this EP.

The biggest difference that can be heard between the style of music Implode normally plays and the style they play on these covers is in the drumming. There’s plenty of blast-beats throughout the record, as can be heard on “When the Innocent Dies,” for example. The majority of the drumming patterns, though, tend to favor the d-beat approach, which pushes the tunes into punk rock territory, though the vocals are 100% metal. Super fuzzed out distortion and growled vocals bring out the heaviness in the songs, giving them a little twist. I always hate it when bands play completely faithful covers, I don’t see the point in that; why not just listen to the originals in your free time, and write your own stuff? Implode take some pretty great songs from a great crust band and give them a little bit of a death metal spin, which makes for a pretty enjoyable listen.

The production isn’t crystal clear, but considering the nature of these songs, an immaculate sound would actually take away from the atmosphere. Fans of Implode waiting for a follow up to I Of Everything will have to wait a bit longer, as this is strictly a covers EP. Still, if you like your punk or death metal crusty, this has plenty to offer, and is certainly worth checking out.