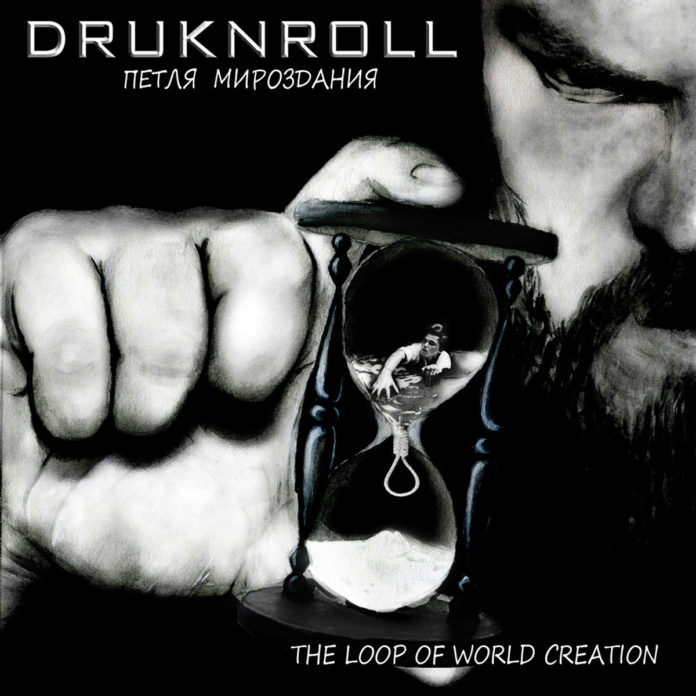 Although released last year in Russia, this baby is doing the press circuit this year so, why not?

Opening with a piano intro, Drunknroll know exactly how to make you guess their genre before even a single riff gets started. It’s melodic death metal as far as the eye can see (as demonstrated by their choice of In Flames’ “Minus” to close the release), with a heavy emphasis placed in the atmosphere. It’s keyboards reminiscent of Children of Bodom and riffs that bring you back to the heavier days of Arch Enemy.

As melodic death metal releases go, this one does like to step outside of the box. From a few dubstep-ish seconds in “The Loop of World Creation,” to a glimpse of what sounds like a eurodance moment in “Below.” These aren’t long moments, nor do they hurt the song that contains them; they seem to simply be curiosities, added by people with a pleasure for trying different things. The same thing goes for the choruses, sometimes coming off as a bit of a chant by a weird death-metal choir. Truly amazing stuff.

Considering that their vocal style differs quite a bit, I was curious about how they’d be able to tackle In Flames‘ “Minus.” It’s a curious choice for a band that, despite sharing the Swedes’ (former) genre, don’t really sound like them. Holy shit was I wrong to doubt them. It’s a terrific tribute to one of the most important bands of the Stockholm scene and, most importantly, a testament to the versatility and skill of Druknroll.

If you’re up for something different, yet familiar, give these guys a try. They absolutely deserve your love.