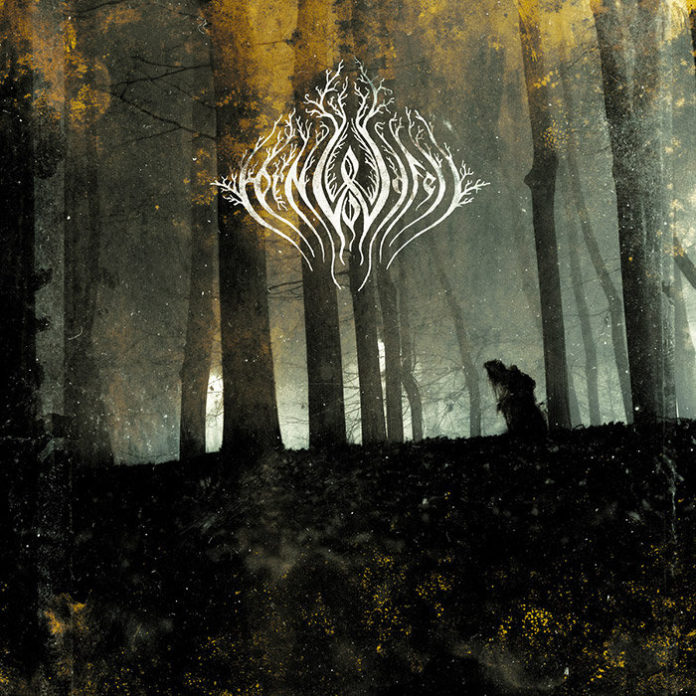 When I first started listening to black metal, I had a select few bands that I spent the majority of my time listening to: Satyricon, Gorgoroth, Mayhem, Marduk, and Naglfar. As much as I loved the rawness and the otherworldliness of all these bands, I seemed to always go back to Naglfar. There was just something about the melodies mixed with sheer malevolence on albums like Vittra, and later Sheol, that just really hooked me in. There have been many bands that have attempted to emulate their sound, and many that have been influenced by them, but, in my book, very few have truly gotten close.

Italy’s Hornwood Fell are a black metal band that have more than a few subtle nods to Naglfar, including the band’s logo which looks strikingly like their logo around the time they released Vittra. Hornwood Fell’s debut full length, originally enough named Hornwood Fell, is chock full of the melodic yet raw type of riffing that you’d expect to hear from the Swedish melodic black metal scene of the 90’s. There are occasional keyboards, like on the track “Mutavento,” that add a layer of melody, and a slightly ominous vibe to the reasonably dark riffing. The acoustic interludes throughout Hornwood Fell bring even more melody into the music, and reminds me of the interludes found on Dark Medieval Times by Satyricon, though much less disjointed. The guitars and keys provide plenty of melody, but the riffs can also take on a pretty dark, chaotic nature; “Tempesta,” for instance, has some extremely fast bits at the beginning that repeat over and over, creating an almost hypnotic effect.

The production is pretty old-school, with a lot of buzzy sounding guitars, somewhat thin-sounding drums, and a big vocal presence; as always, there’s just not enough bass in the mix for my liking. The music isn’t always at blazing speed, so when things DO slow down a bit, I feel that’s a perfect opportunity to give the bass a voice. Unfortunately, Hornwood Fell, like many other black metal bands, misses that opportunity. Still, Hornwood Fell is a pretty solid debut, full of heavy black metal riffing, with equal parts venom and beauty, and will make a great addition to anyone’s black metal collection.