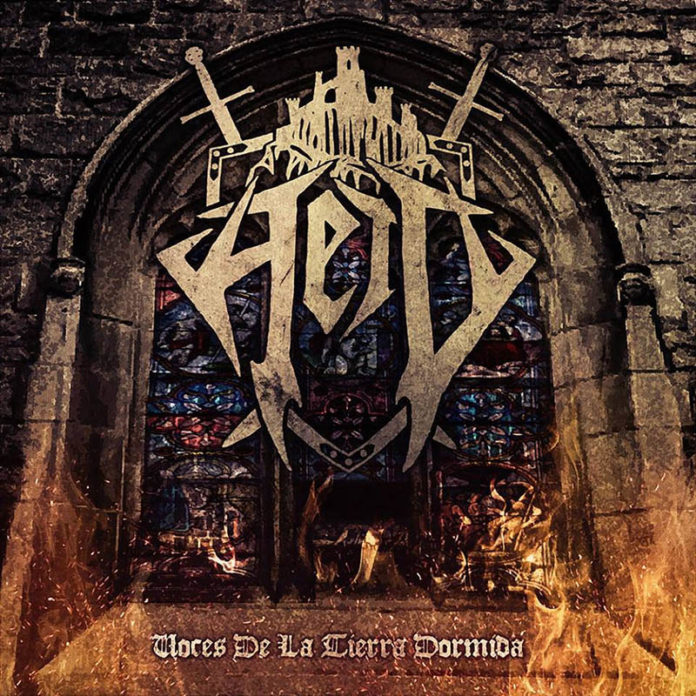 Whenever I think of Spain and metal, my mind immediately goes to Mägo de Oz, the bizarre band from Madrid that mixes some folk elements with heavy metal sound and aesthetics. Although I was never a fan, in spite of which I still subjected myself to one of their excruciating concerts, I could certainly recognize the potential of their recipe. What I never imagined is that I’d see the same elements used in a Spanish black metal band, let alone that it would work. And yet, that’s exactly what Heid accomplished.

With a sound that is at times reminiscent of the likes of Finntroll and Moonsorrow, Heid have put together an EP that truly highlights their ability and potential, not only as musicians, but also as storytellers. Made up of 5 songs, and clocking just under 30 minutes, Voces de la Tierra Dormida takes the listener on a journey through Spanish history and mythology, immersed in the raw power of their music.

It is really refreshing to see an Iberian band that does not aim to sound like somebody else, but rather is willing to find their own sound. When aiming at extreme metal, particularly of the black metal variety, it is easy to be intimidated by the zeal with which some want to “protect” its integrity (in this case, Norway circa 1992); the fact that Heid were decided to depart from the norm, mix some of the Norwegian growling and riffing with bagpipes and flutes, and tell a story that does not involve Satanism or demonology is a ballsy move. Believe me, they make it work.

Although Spain might be underrepresented in the metal arena, it is not because of a lack of talented musicians. Haid have made that abundantly clea