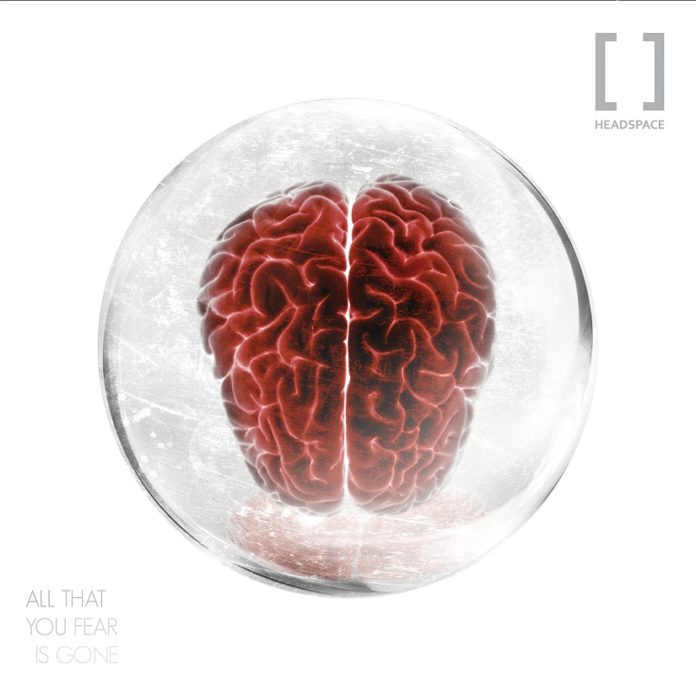 Damian Wilson has been a busy man these past couple years. In 2014, Threshold released a new album and near the end of last year Maiden UniteD also pushed out new material. Now, after four years in hibernation, Wilson’s sideproject/main act/supergroup Headspace will be dropping the hotly anticipated follow up to their first album I am Anonymous. Were the four years well spent? Can Wilson manage a juggling act of this proportion? Will All That You Fear is Gone have the fans bashing down the gates once again demanding more music? Only one way to find out.

So far, Headspace have demonstrated a liking for concept albums. I am Anonymous, their 2012 full-length debut dealt with a dystopian society featuring mind-control through the media and a militaristic, faceless governing force. All That You Fear is Gone seems to be a continuation of this plot, with the main character breaking away from this society and facing the challenges and responsibilities of their individuality. The theme of individuality is an interesting coincidence, as the members of the band all recorded their tracks separately, although the excellent production of the album eliminates any trace of disharmony.

All That You Fear is Gone is notably softer than its predecessor, although it still has plenty of bite. Clocking in at well over an hour, the album could have been a staggering task to sit through, but the band’s expert sense of construction and pacing kept me spellbound. Many tracks flow seamlessly from one to the next while others end in an intentional pause, signalling a shift in mood or tone. The massive amount of content and variation is impressive. Lightning fast guitar riffs accompanied by bottomed out rhythms effortlessly switch to acoustic pieces, and the keys bounce from psychedelic synths to the ivories of a grand piano without a hitch. The tone is a kaleidoscope of hope, fear, joy, despair, safety, danger, and many more all wrapped in Wilson’s powerful and disciplined voice cut with mystifying lyricism.

Overall, All That You Fear is Gone is an excellent album and easily justifies the four-year incubation period. The ideas that Headspace established in their first album have been expanded on in a meaningful way. The album gives an idea of the broad range that the band is capable of. Do not hesitate to just go and check it out as soon as you can.

IN A NUTSHELL
If you like prog, you can't miss it.
POSITIVES
Spellbinding performance.
Massive and cohesive variation.
Dynamic tone.
NEGATIVES
We'll have to wait four years for the next album.
5