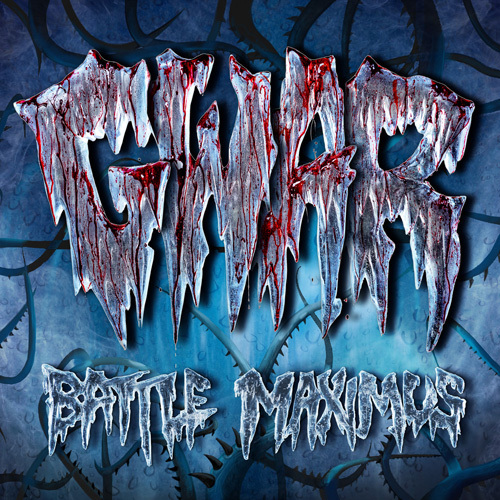 It would be folly to review a Gwar album like I would any other. Ever since their inception, Gwar hasn’t been a band that one enjoys for their recorded output. Maybe some do, but they’re a staunch minority. The main reason we’ve loved Gwar for so long isn’t because of any technical virtuosity, evocative composition, or engrossing musical texture. We love Gwar because we love to see a giant papier-mache model of Barack Obama jizz fake blood all over the neck stump of Osama bin Laden (which is, of course, also squirting out voluminous amounts of fake blood itself). The fact that there’s also ass-kicking party thrash accompanying this spectacle is a nice bonus. So, the only real way to review a Gwar album is to not just evaluate it based on the strength of the production and riffsmithing alone, but also to consider how well it would fit into their current live repertoire and soundtrack such grand displays of debauchery that our galaxy has never seen before. In most conventional respects, Battle Maximus is fairly standard and only mildly engaging as far as thrash metal goes. But judged as a Gwar album, it’s got everything you could ever want.

There’s your typical crass humor throughout (a song’s called “Raped at Birth,” for fuck’s sake!), and there’s plenty of the exuberant party-thrash that you’ve come to expect from these interstellar warlords – after all, it takes a very special talent for musicianship to make a catchy refrain out of the phrase “I saw a dead body on the side of the road.” There’s a few elements throughout that really seem to drag the album down from being the masterpiece it should be – there’s a wholly unnecessary and unengaging “Intro” track that just fills up space that should be filled with riffs. And it gives me the greatest sorrow to announce that this album has triggered drums. They make the drum parts sound so plastic and insubstantial, almost to the same level as Lars’ kit on And Justice for All, ((Jizmak can actually play the drums, though. That’s a huge point in his favor.)) and they make the album sound far less weighty and meaty than a Gwar album should sound.

As far as the riffs go, there’s a lot of good stuff here – “Madness at the Dawn of Time” and “Mr. Perfect” are particular highlights, but there’s a lot of songs that feel half-baked, half-thought out, or just half-assed. I can’t remember anything at all of “Nothing Left Alive,” and the best part by far of “Raped at Birth” is the title. While some tracks will grab you right from the outset, others will struggle to hold your attention and stay under your level of tolerance for forced-sounding rhymes about biological extremities. The album as a whole is pretty inconsistent, but since Gwar has always been more about the live spectacle, they can easily cherry-pick the good tracks at will and let the others rot and fester.

If you’ve never been able to laugh at Gwar’s sense of humor, then this album isn’t for you. If you’re a Gwar fan to the death, you’re going to buy this right after you finish washing all the fake jizz out of your hair. But either way, you probably already have a good idea of what this album sounds like. As far as metal goes, it’s pretty standard thrash fare, but it’s a testament to Gwar’s strength that they’re able to sound just the same as they always have despite the loss of one of their core founding members. And I’d be pretty happy if they kept sounding like this forever, shortcomings be damned. Just don’t trigger the drums next time, please.