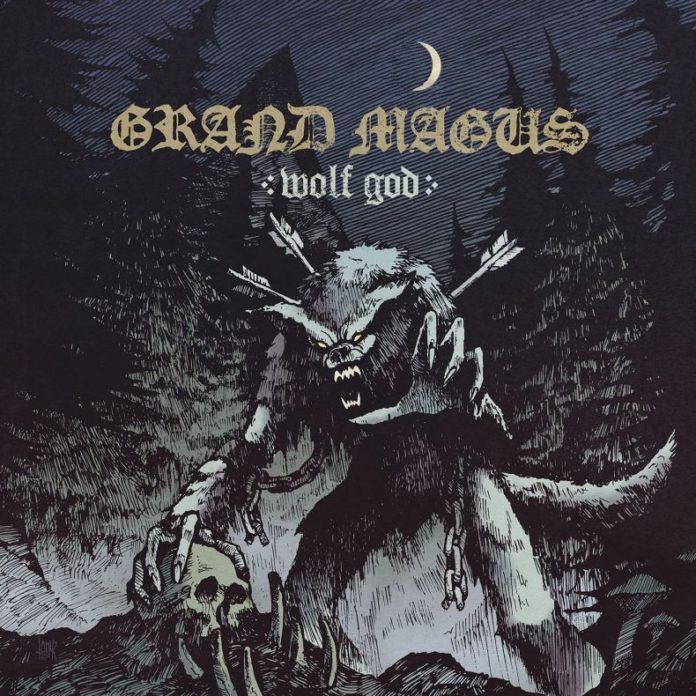 March, 2014 – I was at Hammerfest in Wales when someone told that I couldn’t possible miss seeing some Swedish band that was going play later that day. That’s how I discovered Grand Magus. As soon I heard the opening notes for “I, The Jury”, I was hooked. Since then I’ve cycled through their back catalogue on a fairly regular basis, and so I was obviously excited when I saw that Wolf God, their newest release, was about to come out.

Since their 2001 debut, Grand Magus have come a long way stylistically. From what was once a sound laden with chugging stoner riffs, they’ve developed with every new album, managing to fine-tune their own memorable, catchy signature brand of heavy metal. Wolf God is no exception to this trend, and with their usual lyrical themes of history and mythology, they give their fans exactly what they’ve come to expect. There are songs to bang your head to, songs to pump your fist to, and even what will almost certainly become sing-along essentials.

We’re introduced to the album with a simple instrumental that smoothly leads into the title track, showing great potential for some very exciting live performances (same for closing track “Untamed”, which I can’t wait to see played live). Frontman Janne “JB” Christoffersson displays some powerful range throughout the album, and together with the accompaniment of Mats “Fox” Skinner‘s bass performance, we’re treated to some really solid riffs and melodies. This is especially true in the absolutely filthy-sounding intro to Brother of the Storm (a subtle return to their stoner sound of years gone by). Ludwig Witt‘s drumming carries us once again throughout each song with great enthusiasm, and benefitting from a production style that gives it a very ‘live’ feel (you can really feel this in “Dawn of Fire”).

On the negative side, some songs do feel like they blend into each other. Although this gets better after a few listens, as each song grows on the listener, it does show that a bit of variation would have improved the overall product. Wolf God is a typical Grand Magus release; for better or worse. It’s reliable, it does what it says on the tin, and doesn’t stray too much from their winning formula. Having said that, I’m sure that any appearance of stagnation will be washed away as the tracks reach a whole different level when they’re put into a live setting.