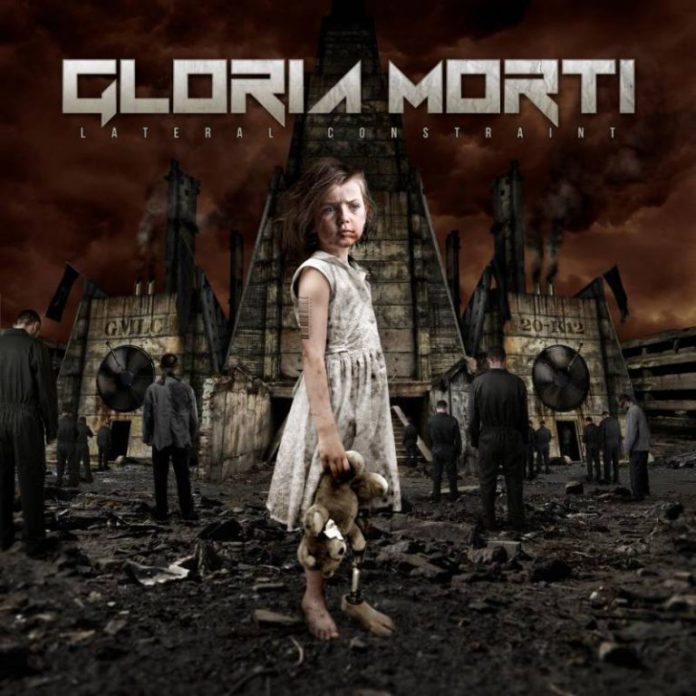 Ok, I’ll admit it: i’m a sucker for plain old death metal. Especially the melodic type, so I really thought the new Gloria Morti would be right up my alley. After all, the Fins are right up there with the Swedes in terms of this kind of stuff right? I can hear it now; those sweet guitar leads, larger-than-life riffs, and plenty of melodic sections interspersed with blast-beats.

All of that sounds so nice…and than reality reels it’s ugly head. On the surface, Lateral Constraint looks like it would be a shoe-in for an at least decent album. It’s got all the elements required, after-all! Unfortunately, none of that’s any good if you can’t execute on those ideas – and Lateral Constraint just flat out fails to do so. Those sweet leads and riffs? Boring as fuck. The drumming? Bleh. Vocals? Is this guy even trying? I know it’s “only” death metal, but at least pretend like you’re trying. I could probably end my review right there but…the other editors who write for this site probably wouldn’t be happy with a 200 word review, so let’s dive a little deeper.

I mentioned that the leads and riffs were “boring as fuck” before. The main problem I have with them, is that they all felt like they were being played at half-speed. Let’s take the song “Aesthetics of Self-Hyperbole” for example. The opening riff to that song just sounds so out of place compared to the rest of it. It’s even worse because it’s re-used throughout; always awkwardly slowing down the pace of the song. The transitions between the two parts are not smooth at all; and it really sucks any of the (minuscule) amount of fun right out of it. Right after “Aesthetics” comes “Sleep, Kill, Regress, Follow” which is so monotonous that I thought it was eight minutes long when it was only really four. The longer you listen, the more you’ll wish you hadn’t – “Hallucinations” is probably meant to be a slow-burn, and instead it’s just a snooze-fest. Continuing to name songs and describing how they’re bad would be like kicking a dog when it’s already down (and half brain-dead) so I’ll stop.

Drums are just disappointing. There’s really no other adjective to describe it. Maybe they’re held back by the anemic guitars, but they’re just not fun to listen to. A shame really, one of my favorite things to do is listen to the drummers on an album because they’re often overlooked for the guitars. If no one noticed the drumming on this album, it would be because they’re so mediocre. Vocals, like I said before, are just your standard cookie-cutter death growls. That’s why it’s so amazing how plain and unremarkable these vocals seem. Even more than normal. If death metal actually paid a good salary, this guy would be the equivalent of doing it “just for the paycheck”.

Do not waste your time on this album. If you do unfortunately happen to listen to it, just pretend like it never existed. Go listen to something fun, like last year’s Desultor album instead.