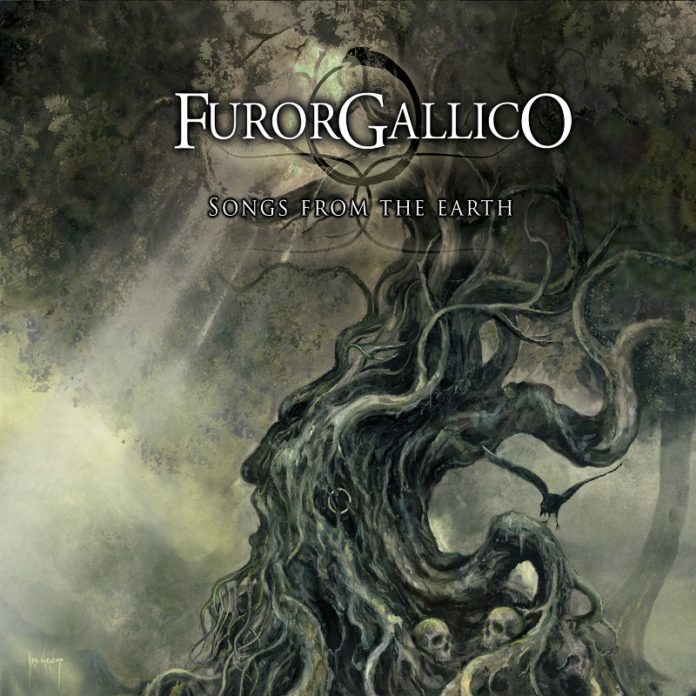 I’ve always found a certain charm in the strange lovechild of a genre that is folk metal. By combining the gentle, flowing, and sometimes toe tapping jig qualities of folk with the rough, brutal, headbanging style of metal, the artists open their sound to a broad spectrum of imagery and thematic elements that can play off each other in surprisingly intriguing ways.

As an eight piece band, Furor Gallico have a diverse arsenal at their disposal. Boasting dedicated tin whistle, bouzouki, bagpipes, Celtic harp, and violin players alongside the staples of metal, gives the band an ample array of tools to craft their sound with. Despite the alternative instruments’ seemingly omnipresent existence in the sound, they never oversaturate the music and are layered in an interesting and disciplined fashion that gives the feeling of each musician building off one another. In fact, I could barely keep the grin from leaping off my face during the song “Nemain’s Breath” where the heavy guitar work is accompanied by some wild bagpipes that fit together in a peculiar, hilariously awesome way.

While the folk elements of Songs From The Earth can certainly stand on their own merits, the heavier side of things pulls no punches and provides an equally entertaining performance. The sound is all over the map with some forward dirty basslines paired with banging war drums, groovy psychedelic sections that are so smoky you can almost taste the Hendrix, and some songs that seem like they have been pulled directly off Soilwork’s Natural Born Chaos. The medley of oddities could have led to a train wreck of a performance, but Furor Gallico stitched their Frankenstein together in a way that made it an endearing, freakish creation rather than a lifeless corpse. My one major complaint for the album comes from my picky taste in growls and screams. Here the vocal work is done largely with metalcore-style drawn out screams and cookie monster growls, something I’m not very fond of. That being said, there are some relatively clean, almost drunken vocals that are quite amusing and some faster screaming portions that are at the very least decent.

Overall, Furor Gallico present an impressive, varied palate of sounds and ideas that complement each other exceptionally well. While there are some shortcomings in the vocal department, the rest of the performance more than makes up for it with the band’s gleeful mix of melodies. So, the next time you’re looking for a riveting night of drinking with the guys, or girls, or both, maybe throwing on something from Songs From The Earth, may inspire a friendly drunken brawl or two.

A wildly entertaining experience with a heck of a lot of variety.
Weak vocals
4