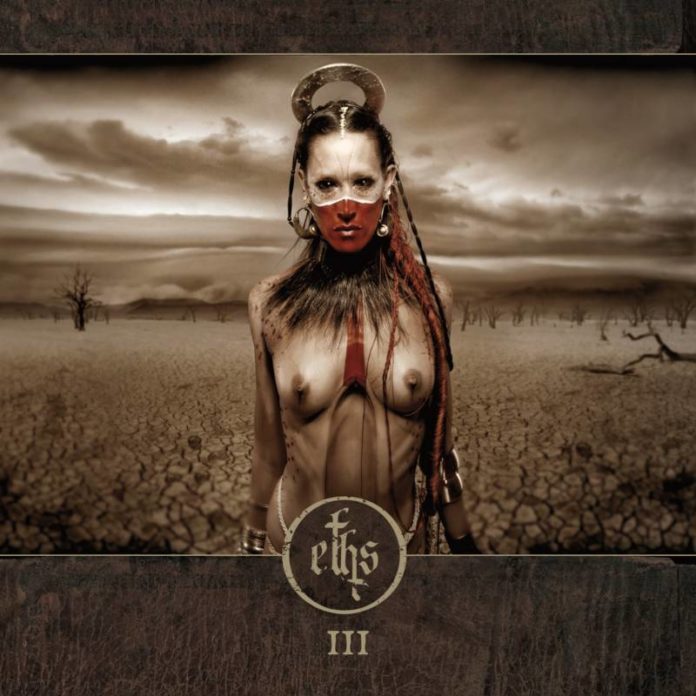 At some point in the last few years, France became a pretty great place for burgeoning metal. Between Alcest’s conquest of the black metal underground, Gojira’s percussive assault on the mainstream and Svart Crown proving that France is just a good a place to find grimy, disgusting death/black metal as anywhere else, their countrymen in Eths may be sensing that the time is ripe for a bid for a breakthrough-at least their label does. III is as good an attempt as the French quintet may be able to bang out-imagine Evanescence, but with a heavy helping of metalcore stirred in. While neither are really my thing on their own, I can’t deny the competent execution of the album. The dynamic between clean female singing and harsh male screaming over bludgeoning, syncopated breakdowns seems to ride a line between a callback to the early 2000s rise of metalcore and the 90s age of nu-metal.

The first thing that caught me about III (which is actually the band’s fourth full-length…I don’t know either) is how solid the guitars come through. They’ve got the fullness and strength of your textbook mainstream hard rock/metal act, but have a bit more bite to them. They tell you everything you need to know about their sound within the first couple of tracks-“Voragine” and “Harmaguedon”-it’s aggressive, and there’s a certain measure of tightness to their music. The two vocal styles, though, are what really saves this album from itself-the clean female vocals during the first part of the opening song might scare you into thinking you’re about to listen to an album of Flyleaf but downtuned, but the harsh male voice demonstrates that the band isn’t just out to court the hard-alt-rock crowd. Likewise, when the album is in danger of joining a sea of soundalike metalcore, the clean singing comes back and puts a different angle on it. It’s an interesting dynamic shift that works to keep things fresh.

Unfortunately, the vocal trick, though initially effective, doesn’t hold up over the length of a full album. When your sound is pretty much reliant on riffs that sound like the bastard child of Lamb of God and Korn, it’s hard to stretch that out over 47 minutes. The band doesn’t do enough to switch things up in the instrumental department; though there are successes, like “Gravis Venter” and its swing feel and straight-outta-Pantera opening riff, I feel like I could play you a 30-second sample of nearly anything from the album and it’d sum things up pretty well. You should definitely check out that “Gravis Venter” song though. If you’re willing to put up with some radio rock tropes, there’s actually a consistently solid track to be found there. Honestly, if the lyrics were completely English and they were willing to write more tracks like this, Eths might have a shot with a bid at breakthrough success, but when the next song, “Inanis Venter”, sounds like a Kittie B-side out of 1999, it drags down the precious momentum (and goodwill) built up from the previous track.

So if you wish 90s mall metal had some more breakdowns, or if you thought Flyleaf would be way better if they would stop pussying out on being heavy, this is the album to unite the unlikely masses. Hey Eths dudes (and lady), if you write some more songs like “Gravis…” you might have a shot Stateside, but I wouldn’t hold my breath right now.