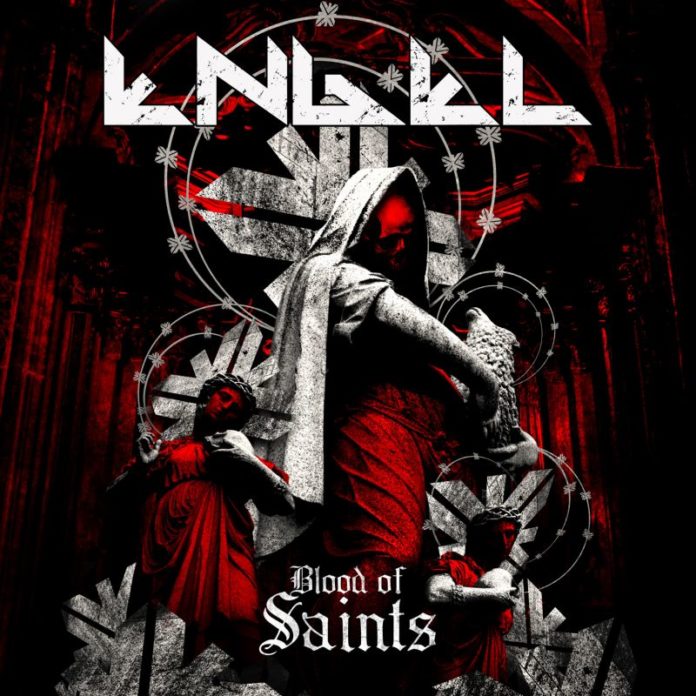 As it is sometimes the case when reviewing albums, Engel was a challenge. Not only was it hard to classify, but it was also a band I was completely unfamiliar with, so I couldn’t really make an honest comparison with their previous works.

Regarding the classification, Engel is the kind of band that can’t simply be defined by one genre, mixing elements from a variety of styles. Take the first two tracks: “Question your Place”, the opening track and first single of the album, which although presents clear industrial elements (including the terrible rave-themed video) also ventures in the realm of “core”. “Frontline”, on the other hand, sounds more like a melodic death metal tune (reminiscent of modern In Flames) and with some solid instrumental work in it (same happens with “Numb” and “One Good Thing”, although in this case the In Flames connection is an annoyance, as it sounds like the kind of pop-ish tracks that the band has been releasing in the later years).

The above makes “Blood of Saints” seem a bit chaotic at times, lacking a clear structure. You see, some bands are able to deliver an album that mixes everything under the sun and yet make it in a way that doesn’t seem to be just a randomized array of songs (Kontrust and Diablo Swing Orchestra come to mind) while others fail to do so. Although it wouldn’t be fair to say that Engel fits in the latter category, it’s also true that there is no clear connection between the tracks… besides an overall feeling that you’re listening to a watered-down version of In Flames.

“Blood of Saints” is the kind of album that although will entertain you, it will not make you crave for more. You’ll listen to it, you’ll like it, you’ll hum the songs (they repeat the choruses enough times to make sure you do!) and then will forget about it. Perhaps it’s time for Engel to decide  exactly what’s the road they want to take with their music. There is enough in this album to see that they have the potential to be much more than a copy of In Flames, but accompanied with enough generic “core” music to make you wish they will never get close to a recording studio ever again.