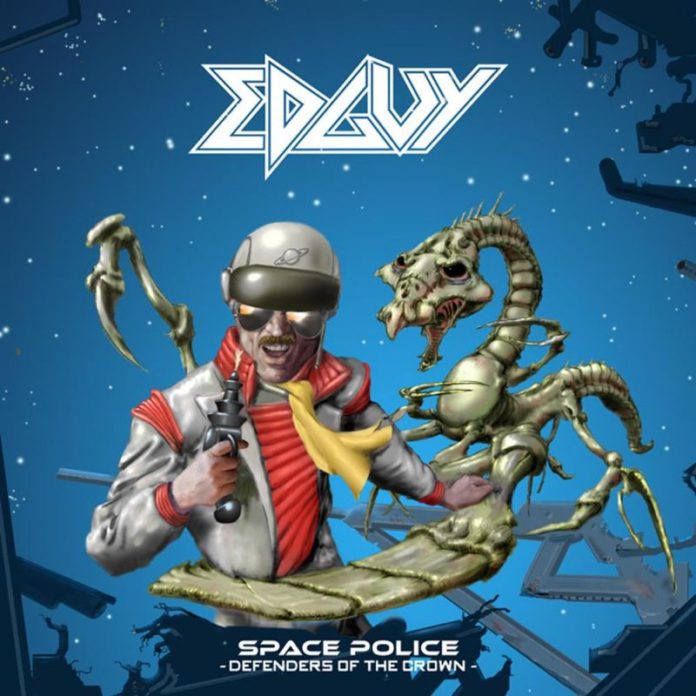 Tobias Sammet is a little bit like Andy Kaufmann, the famous American comedian who was notorious for pulling pranks that left people wondering whether he was batshit crazy or not. He was what you’d call a “troll”, a person devoted to just doing annoying shit for the sake of getting people riled up. Some consider his work to be truly majestic pieces of performance art, while others just see him as obnoxious, even if they admit his talent as a performer.

Nobody can deny that Tobi is an extremely talented musician. Starting as nothing more than the singer of an unknown German power metal band, he has risen to become one the most versatile singers in metal, as well as a magnificent musician and composer, as his work in Avantasia so clearly attests. Despite having a reputation of being a bit of a prima donna (or so do some promoters tell me) he doesn’t take himself too seriously, and is always happy to make fun of not just himself, but also of metal and of his own bands. What nobody really knows, and this is where the Kaufmann parallel appears, is whether he’s serious or if he’s just trying to see how much can he get away with.

Space Police – Defenders of the Crown is a strange album. It’s not that it’s musically complex, but rather that you simply don’t know what exactly was going through these guys’ heads at the time of writing, since they seem to be all over the place. Take the first cut of the album, for example, “Sabre & Torch”, which features a great heavy power metal sound, reminiscent of songs like “Mysteria” or “Under the Moon” from the Hellfire Club era, or the Sabaton-esque keyboards in “The Eternal Wayfarer”, which seem taken straight from The Art of War; and then put them side by side with the inexplicable cover of “Rock Me Amadeus”, or the extremely strange interlude (read: Tobi yelling random shit) thrown into “Space Police” and just take a minute to ponder exactly what the fuck it’s all about.

Avant-garde shenanigans aside, and despite my occasional confusion, this is an album that really made me happy, as it took me back to the times when I discovered Edguy (and power metal) and fell in love with their energy and style. For some time now, I had felt that they were moving away from metal, opting instead for a more hard rock sound, so it’s nice to get to see the band bringing back that heavy side. Of course, the return to form is not complete (and it shouldn’t be, since we shouldn’t just get a new Madrake or Vain Glory Opera) and there are still plenty of pop-ish things scattered around, such as the (occasionally cringe-inducing) power-ballad “Alone in Myself” or the rock-y “Do Me Like a Caveman”, both of which clearly show an influence from the direction that Tobias Sammet has chosen for Avantasia.

Space Police – Defenders of the Crown is an album that will surely please fans of EdGuy, particularly those who have grown accustomed to the kind of crap that they like to pull from time to time. Once you have experienced things like “Life and Times of a Bonus Track”, “Save Us Now”, “Lavatory Love Machine” or “Trinidad”, the weird things here will not exactly shock you. While far from being a complete return to the power metal days of old, the album has plenty to offer for those who like power in their music… unless they take themselves too seriously.

This is not for the kvlt of heart.