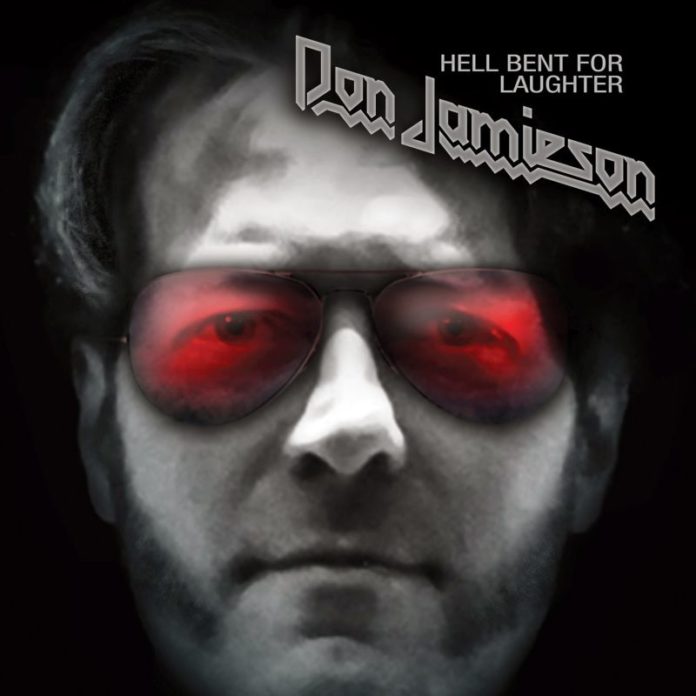 I was surprised, and even excited, when I received a copy of Don Jamieson‘s Hell Bent for Laughter from Metal Blade Records. While I am not too familiar with That Metal Show, I love standup comedy and I’m always looking forward to laugh at a comedian’s new material. I’m sure that many of you are a bit skeptical about Metal Blade being in the comedy business, but having listened to this album I can assure you that they most definitely aren’t.

Hell Bent for Laughter is a 42 minutes-long crash course into anti-comedy. This horribly produced album, recorded at Uncle Vinny’s Comedy Club (a venue with acoustics worthy of Satan’s asshole) is just a terrible compilation of bad jokes, with a couple of metal references thrown in “for those in the know 😉“.

The metal references are, probably, what bothered me the most about this abomination. While this isn’t a comedy album about metal (and that’s a good thing!), Jamieson does try to pander to the fans of the show by throwing some occasional references to bands that are as forced as “How about that local sports team, am I right?!”; really, they are only marginally funnier than just making jokes about how airplane food is terrible and your mother-in-law is a bitch.

In the Press Release that accompanies the album, Jamieson is quoted as saying that Metal Blade never asked him to “to tone it down or soften anything up”. I love the fact that he seems to imply that he was surprised to see that his super edgy bits about wearing diapers, amputees and menstruation (and “what about that popular metal band, am I right!?”) were accepted by a label that includes bands like Behemoth, Vomitory, Cannibal Corpse and Cattle Decapitation in its roster.

Adding insult to injury, the album’s production is terrible. The microphones pick up a lot of noise, including the hyena-like laughter of one of the female barflies of the audience, who either was trying too hard or whose delirium tremens was severe enough to make her think any of this shit was funny.

Hell Bent for Laughter is not a good comedy record (and I’m using the term loosely). There is nothing here that will make you laugh and you should really stay away from it. You might have a better time just watching re-runs of The Golden Girls.