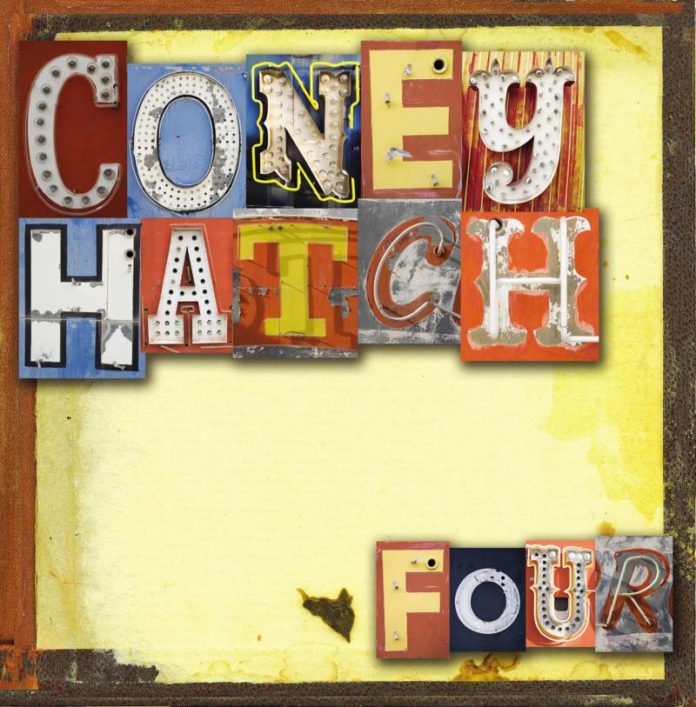 An alloy that could only be forged in Canada, Coney Hatch gave the world their unique brand of melodic hard rock in the heady days of the early-to-mid 80s. It’s been 28 years since their third album, Friction, was released and finally, the original line-up has re-united to create some new sounds under the good folks at Frontiers Records.

Shockingly, Four is easily the band’s most aggressive album to date. It’s not melodic as their previous works due largely to a gritty production and Carl Dixon’s older, wiser vocal work ((Since the dissolution of Coney Hatch in 1986, Carl has done time with The Guess Who, April Wine, and has had a fairly successful solo career.)). The closest comparison I can draw would be to the most recent works by Dokken, coupled with a shot of AC/DC. It’s stripped down to its studs and given a quick paint job: A perfect sonic brew for hockey night from Squamish to Digby.

Another comparison one could draw to AC/DC is the fact that no single band member outshines another at any point, and the solos aren’t full of flash. Everyone is working together to keep the grooves tight and the rock rollin’. Solos, fills and vocal flourishes are used sparingly and in a manner that accents the core of each song. It makes for a record that is unobtrusive and allows the listener to sit back and bask in the compositions. It’s simply and album that makes you feel good.

While it’s a strong album considering how long it’s been since the last Hatch album, it’s by no means a perfect product. “Do it Again” is the weakest song here, sounding like a hundred pop-rock tunes you heard in the 90s, and “The Devil U Know” sounds like the band is channeling country rock and is the cheesiest thing I’ve heard this year. But when the rest of the album has such an incredible, bar-rocking vibe to it, these slight drops in quality barely register and shouldn’t detract that much from one’s listening enjoyment.

A little while back I saw a commercial for Molson in which a beer fridge was placed in the middle of a square in London, England ((FYI: I had to make that distinction due to there also being a London, Ontario.)). This fridge could only be opened by having a Canadian passport inserted into it. If this actually started happening, then Four would have been the soundtrack to the ensuing hoser-hosted shindig. It’s the album that Coney Hatch needed to make: A legacy affirming group of songs that’s more than a simple rehash. So channel your inner Canuck! Crack a brew, order up some poutine, and grab a copy of Four for a guaranteed great night!