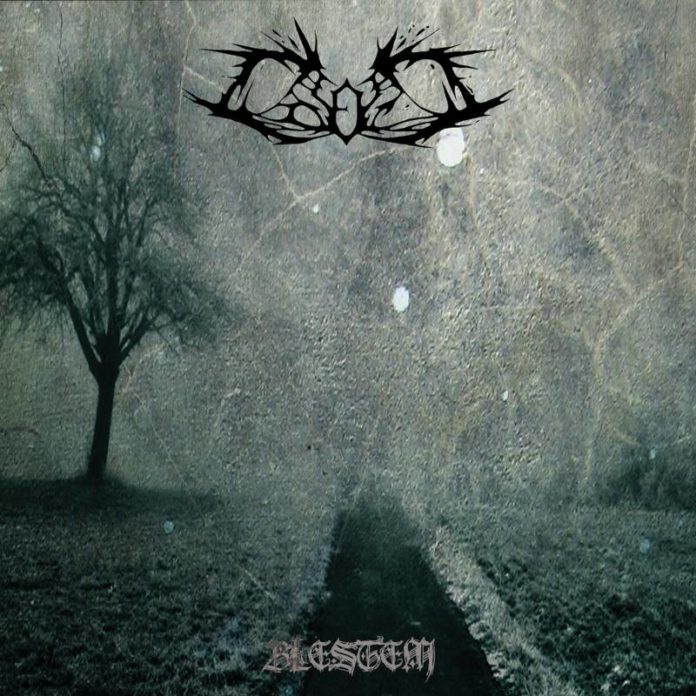 Black metal, like most sub-genres of metal, has seen a lot of stylistic shifts over the years, and yet the more things change, the more they stay the same. In the early Norwegian scene, few bands were as influential as Burzum; even though Varg Vikernes took a raw, lo-fi approach to production, the music was still captivating, and had a hypnotic feel. Whether you like the ambient or depressive approach of bands like Xasthur or Austere, or you prefer the newer “blackgaze” of bands like Lantlôs or Alcest, it’s not too difficult to trace their lineage back to Burzum.

Colosus is a one-man black metal project from the UK, consisting solely of Krhudd, who also drums in the symphonic blackened death outfit Sidious. The sound of Blestem, his debut, can easily be traced back to Burzum, via the ambient/depressive route. Blestem is one seriously atmospheric, moody record, and envelopes the listener in a feeling of absolute sorrow. In addition to having a Hvis lyset tar oss –era Burzum vibe to it, I also hear some Austere and Leviathan influences in there as well. “Mormant,” has a really morose vibe to it, particularly at about a third of the way into the track; the music completely stops, and Krhudd’s anguished howls can be heard in the background, almost like they’re drifting up from some dank, dark dungeon in an abandoned castle. When the music kicks back in, it’s a fairly slow chord progression and a seriously sad-sounding piece of music; even when the vocals move up higher in the mix, they lose none of their intensity. I was also pleasantly surprised with the excellent cover of “Red Snow,” by German depressive black metal artist ColdWorld; it matches the tone on the rest of Blestem perfectly, and is most certainly an influence on Colosus.

The sound Colosus is going for on Blestem might not be the newest approach to black metal, but the songwriting here is excellent, and manages to leave a lasting impression. “La Apus” has a really hypnotic riff that is enhanced by some excellent guitar overdubs and synthesizers, and the vocals are truly gut-wrenching. You get the feeling that Krhudd was experiencing true emotional anguish while performing the music, which makes for a pretty intense listening experience; still, make no mistake, this is also a pretty heavy album. There is an undeniable crunch to the guitars, as well as a heavy bass presence; it’s nice to see that Colosus isn’t strictly about atmosphere, but also has a good hard edge to it as well. The use of keyboards/synthesizers here is more about creating a layered effect, and gives the songs an almost claustrophobic feeling; in other words, while there are plenty of keys, this is by no mean a symphonic black metal record. There’s a bit of an echo-y lo-fi sound in the mix, but you can easily pick out all of the instruments. The drums really stand out in the mix since, despite its intentionally hazy sound, you can still pick out the individual parts of the drum-kit. Of course, that makes total sense when you take into consideration that Krhudd has worked primarily as a drummer in many of his other bands; it’s refreshing to hear someone with that kind of attention to detail in the recording process, as drums feel almost like an after-though in most other albums you hear in this genre.

Blestem is an excellent, moody piece of music, and deserves a special place in your collection if you like your black metal ambient and depressing; Xasthur, Leviathan, and Austere fans in particular should take note. There are a lot of sounds and textures that you probably won’t catch the first go around, so each listening session is more rewarding than the last, which is the sign of a truly great album.