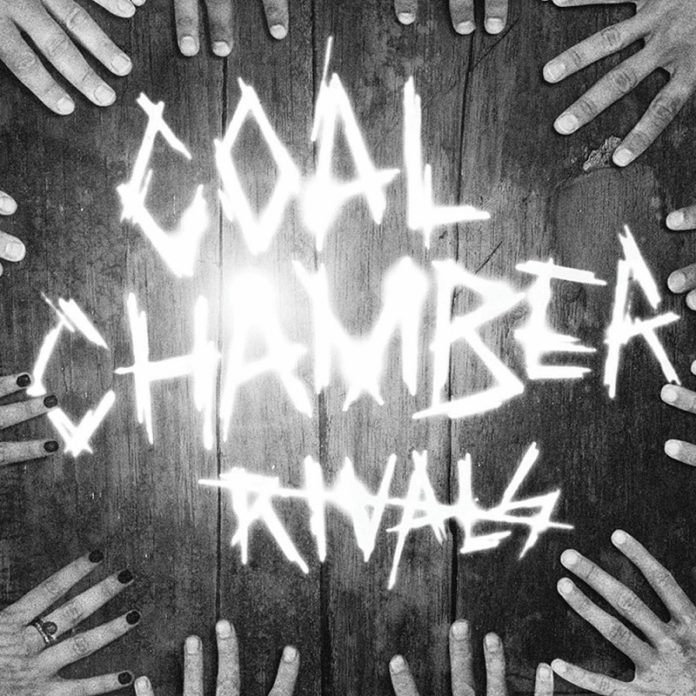 Although none of us nu-metal kids asked for it, nu-metal decided to make a comeback this year. Not a new wave of fresh bands rehashing a forgotten genre, but the same bands from over a decade ago, popping up on worldwide tours with new albums in tow.

We’re only halfway through 2015 and already Papa Roach, Korn, Slipknot, POD and even Hoobastank have been stretching their legs. Some of these acts have cleverly kept themselves relevant and not become a tribute act to their former fame… which brings me on to Coal Chamber, who haven’t.

With the release of Rivals, Dez Farfara and friends have attempted a comeback into the music industry. As a nu-metal kid, I ‘should’ be excited, but I was happy enough that they were dead and buried. I’d moved on. Having listened to the new album, these views are even stronger.

Now, Dez was never good on the whole lyrics side of his ‘craft’ but this is just taking the piss.

“I O U nothing, you get nothing I owe you”

And that’s the opening track. Start with your strongest foot first folks… oh? It seems they did. It doesn’t get any better.

Poets worldwide will be quaking in their boots and berets when they hear that Fafara has penned a timeless chorus in ‘Suffer in Silence.’ It beautifully flows as thus:

I wish they were silent, that would end MY suffering.

They even try a touch of spoken word in the track, “Orion” but with Slam Poetry actually taking major leaps over the past few years and actually being a pretty valid type of entertainment, Coal Chamber’s attempt at ‘art’ just doesn’t cut it and only adds to the already putrid stench of being stuck in some kind of dark nu-metal heyday.

I honestly intended to write a full and comprehensive review of this act’s return, but the album was too difficult to listen to. I just started resenting the band, and then I started to resent everything in my life. It took 3 separate attempts to listen to the album. I just couldn’t do it in one sitting.

To summarise, Rivals sounds like a Coal Chamber tribute act decided to record an album in 1999 and it has only just resurfaced in 16 years later.

Loyal Chamber fans will love it… you’ll probably hate it.

IN A NUTSHELL
An out of date release, that shows that no thought went into it. Nothing special about it at all.
Reader Rating0 Votes
POSITIVES
I didn't have to buy this album.
NEGATIVES
It took 4 attempts before I was able to listen to it all the way through.
1