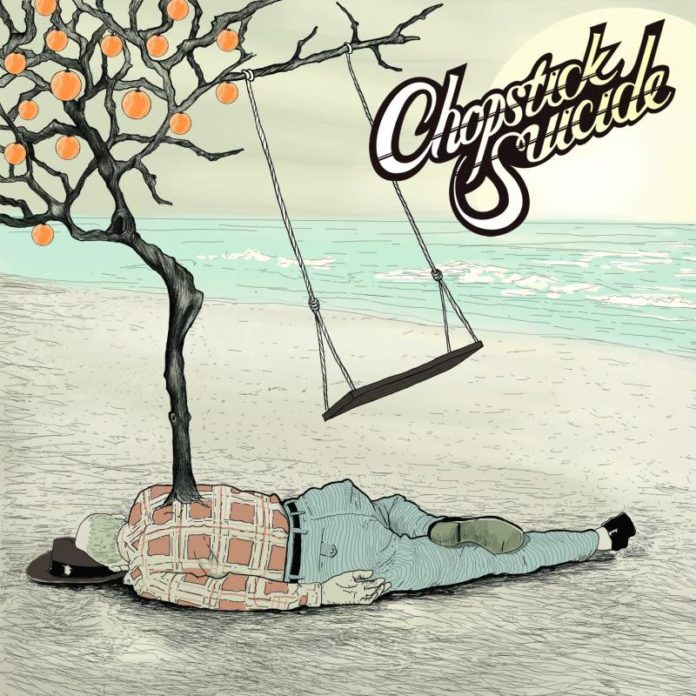 I’m not going to pretend to actually know anything about Chopstick Suicide or any of their album’s before Lost Fathers and Sons; but if this latest release out of Turkey is any indication of what their previous work was like, maybe I should get a little more familiar. It’s always nice when a relatively unknown band catches your interest; and while Lost Fathers and Sons turns out to be a rather mixed bag they’re occasional glimpses of what this band can do.

Lost Fathers and Sons is apparently the second full-length album put out by Chopstick Suicide, and it’s certainly an interesting ride. These guys sure know how to play; but than again that’s almost never an issue in modern metal. Songs on Lost Fathers and Sons are usually short and to the point with a few exceptions, so the album on the whole is a rather easy listen and never really feels like it’s dragging on past the expiration date. The album does a good job of grabbing your attention right away with the opening track “Everyone Sleeps But Me” blasting off into orbit as soon as you hit the play button. The follow up’s “The Chalk and The Matter” and “Shores are not for Vacancies” keep the pressure on for the most part, forcing you to pay attention to the intricate guitar-work and accompanying drums. So far, so good.

After the first few songs, you’ll start to notice small details that just don’t seem right. The vocals, for example, hit the spot most of the time; however there are a few instances where clean vocals are used…and I have to say it, they are rather distracting and just don’t fit into the theme and feel of the songs most of the time. They’re not used often, and that’s a good thing since it’s probably one of the weakest links on Lost Fathers and Sons, but personally I found that they were rather jarring when used; a good example of this is the last half of “Shores are not Vacancies”, which is a fine song up until the clean vocals hit. The beginning of “As I Lay Fail” also has some cringe-worthy clean singing. One thing that Chopstick Suicide does right, however, are the dynamics on this album. It’s not pedal to the metal all the time, and the results are honestly really, really good. Quiet sections never feel forced or cheesy, and they don’t just come out of nowhere like some other tech death bands often do. It just helps break up the album nicely.

The clean vocals aren’t my only gripe with the album though. Lost Fathers and Sons is only a half-hour long, but beyond the first few songs it’s not very memorable. It’s actually kind of funny; because when your listening to the album you’ll think to yourself, “Wow, this is actually pretty good”. The minute the album ends, however, you’ll have difficulty recalling parts that you thought were interesting, sections of music that got you excited or riffs that you thought were cool. Part of this, I think, has to do with the rather lackluster production on the album. The drums actually sound pretty good, but some of the guitar work gets drowned out when things start getting hectic, making it sound like everything just kind of melds together. Of course, listening to the album again is rather trivial because of it’s short length, but not being able to recall moments that you liked is never really a good thing, is it? This isn’t just the case of me listening to it one or two times either; I’ve played Lost Fathers and Sons far more than I probably should have just to try and mash it into my brain. No real success. At least the album flows rather nicely; with the only exception really being the second to last track “Your Average Hero”, which also happens to be the longest on the album by far. It’s not a terrible song, it’s just the only song that drags along to it’s conclusion. It also happens to be the slowest on the album, so it seems like the faster the better for Chopstick Suicide (and most tech-death bands, honestly).

Despite some of the things I listed that were wrong with Lost Fathers and Sons, Chopstick Suicide still manages to do a lot of things right on the album. It’s just a shame that it’s not more memorable, or I would have been a lot higher on the album. They’re definitely on my radar for their next release,  however. They show flashes of what they’re capable of throughout the album; so hopefully Chopstick Suicide will be able to put out a more consistent effort for their next full-length release.