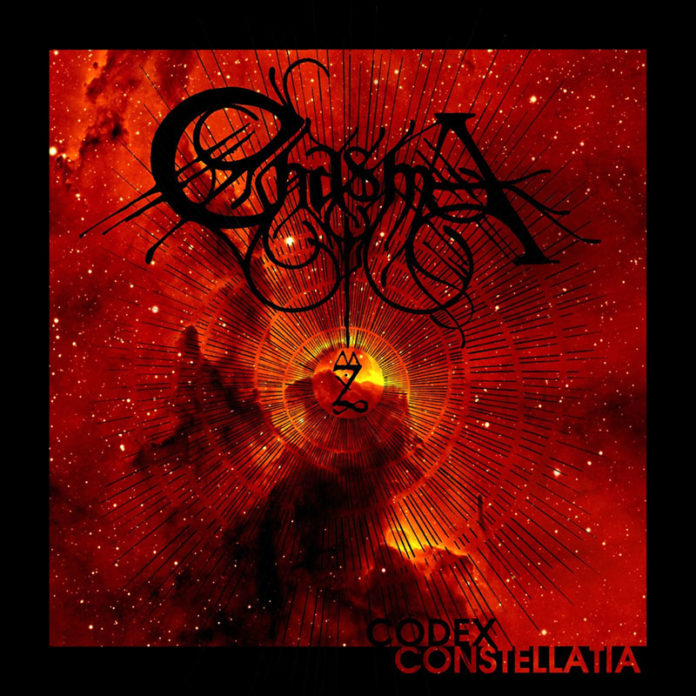 ‘Raw’ is a term used to death when describing black metal, since its versatility means you can apply it to almost every aspect of the music, be it the ‘raw, gritty production’ or the ‘evil, raw vocals’. It’s a term that goes hand in hand with the genre itself, but used so much that it’s lost its meaning. Once in a blue moon, however, a band comes out that really exemplifies the term; that is the case with Chasma. This might be a bit of an overstatement, but they do what they do fucking well. Since their last album, Declarations of the Grand Artificer, Chasma have turned their music into a more progressive direction, shambling out the tombs of the USBM underground and into the celestials of post-black metal.

Although from its outward appearance Codex Constellatia hints at themes of spirituality, divinity and transcendence, the album’s contents feel much more pessimistic, evoking images of a Lars von Trier-esque apocalypse through a forlorn, dreary lens. Swirling guitars and cascading drums glide and whirl like dying stars before crashing miserably into the earth during each song’s climax. A chilling vocal sample in ‘Solarsin’ reveals the album’s more internalised themes; a female voice recites, “they’re going to catch up with us, they’re going to rape us, they’re going to kill us”. Though melodramatic, inclusions of these vocal samples strewn throughout the album frame its apocalyptic nature as a metaphor for self-destruction, which really solidifies itself with the vocal performances. More angst-ridden than Dystopia, more terrifying than Ashdautas and more heart-wrenching than Lifelover. The vocals mutate through the ebb and flow of the songs, building from mortal screams into primal snarls, capturing the absolute essence of raw emotion that very few black metal bands achieve. Even past the droning outro of the album, the soul-rending catharsis still lingers. It’s an addictive, enchanting listen that leaves a serious impact on you.