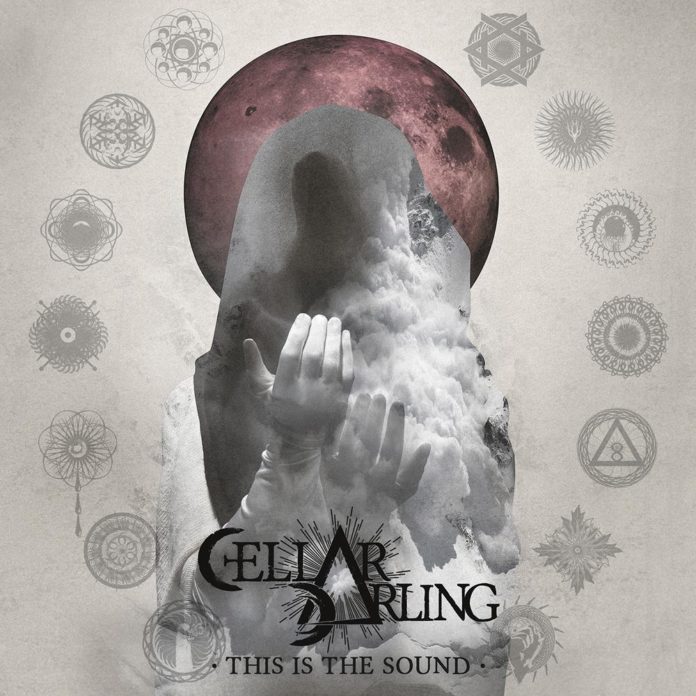 Going into this album, I was more than half-expecting it to be folk metal or folk prog, primarily because of the emphasis placed on the band’s use of a hurdy-gurdy, not to mention the members’ past in Eluveitie. I mean, what else are you gonna presume with that kind of set-up? What I got, however, was much harder to describe, as the band has taken a fusion approach, casting their nets quite wide in the range of styles incorporated. There’s some modern metal, some electronic-friendly pop, alternative rock, a squiggle of prog, and a few more styles bubbling away in the mix, and while that could easily lead to some unbearable results, things seem to work (at least for the most part).

Maybe it’s because the band sounds earnest with their performance, or the way they pack far more than superficial details into the music, but for something with as much production detail as this album, it manages to retain a sense of liveliness. It doesn’t take much stretching of the imagination to conjure up live renditions of the songs in your mind while listening, and even if the guitar does get a bit butt-rockish at times, the grooves are pretty good. On the downside, there are a number of times in which the music devolves into just singing “Ooh ooh ooh ooh” or “Yeeeah yeeeah yeeeah” over a circling riff, and while the band could probably get away with that once or twice, they milk it too often for the music’s own good. And at two seconds short of a full hour, the album could have used a little trimming or compaction.

While there’s a lot to be enjoyed in This is the Sound, its main problem is one of over-indulgence, primarily because the band pours out so much that they begin to repeat themselves. By the end of the album you’ll have experienced several times a feeling of ‘haven’t I already heard this?’, and while they seem to have put good energy into the making of each song, it goes on for so long that the exuberance starts to provide exhaustion instead of excitement. If you’re allergic to gloss, you’ll want to give this one a wide berth, but if you’re open to hearing some interesting ideas only slightly undone by issues with presentation, you’ll likely get some entertainment and stimulation out of this debut.

THE BOTTOM LINE
Flawed but interesting, with its best qualities being in the experimentation the band is happy to try and the style lines they're eager to blur
Reader Rating1 Vote
POSITIVES
Nice vocals
Wide stylistic scope
Interesting musical combinations
A staggering amount of ambition for a debut album, even one coming from a set of musicians who previously worked together in another band
NEGATIVES
Too much retreading of territory after interesting first takes
The poppiness becomes overwhelming at times
Lyrics get downright silly with their melodrama
While the singer has a nice voice, having someone besides herself to provide counter-point and harmonization would have added some helpful variety to the proceedings
4

I like this album a lot. The fact that is sounds soft, but the lyrics are emotionally heavy comes off as very unique to me. Highly recommended for all those who can appreciate good song writing and more natural musical tones.