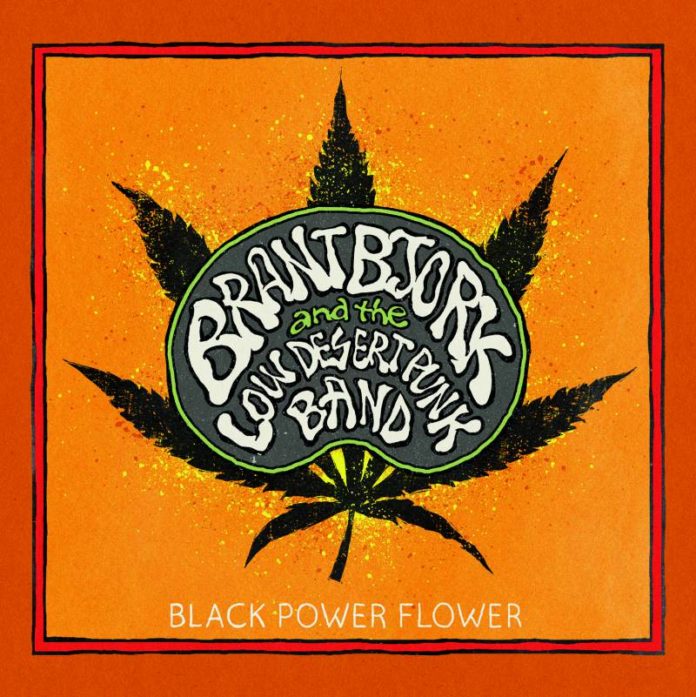 Brant Bjork is a name that many stoner rock fans will immediately recognize, mostly for his role as drummer in the highly influential stoner bands Kyuss and Fu Manchu. Though both bands are part of the revered “Palm Desert Scene,” they’re on different ends of the spectrum; Kyuss is the angsty, more aggressive side, while Fu Manchu had an upbeat, punk influenced sound. After parting ways with Kyuss, Brant joined Fu Manchu, whose debut album he had produced. In 1999, however, Brant walked out from behind the kit, and released Jalamanta, as a one-man band. This was a big departure in sound, going from the heavily guitar-driven stoner sound of Kyuss and Fu Manchu to a much wider range of sounds that included jazz, blues, funk, and soul music. The bulk of his subsequent solo releases showed Brant’s various influences, as well as his considerable songwriting ability; while fans of Kyuss that paid attention to the liner notes might have known that Brant was a songwriter, his debut as a solo artist came as a surprise.

After a brief stint in a partially reunited Kyuss (later dubbed Vista Chino for legal reasons) Brant returns with a new backing band (The Low Desert Punk Band) and a new album, Black Power Flower. Spending time in Vista Chino has obviously had an effect on Mr. Bjork’s approach to songwriting, as Black Power Flower has some of the hardest hitting riffs and most straight-forward rock and roll songs of Brant’s solo career. The opening riff for “Controllers Destroyed” sets the tone for the rest of the album; slow, bluesy, and heavily overdriven, the riff goes from a Black Sabbath-influenced tone to a slightly faster, more hypnotic stoner groove. There’s still a big blues influence evident throughout Black Power Flower, particularly on the song “Buddha Time (Everything Fine),” which takes the heavy crunch of Kyuss and marries it with a slightly funky blues sound. At their core, Brant Bjork and The Low Desert Punk band are a heavy rock band, capable of cranking out some top-notch riffs that will have you bobbing your head along, but Brant still manages to work in his other influences as well. “Soldier Of Love”, for example, has a distinctly psychedelic rock vibe to it, particularly in the lead guitar work, which sounds like something you’d hear on an Iron Butterfly record in the late 60’s; “Boogie Woogie On Your Brain”, on the other hand, has a menacing sounding bass-line at the beginning, and is my particular favorite track, as it rocks the hardest and has a cool 70’s rock influenced bridge.

The production is pretty decent, though I feel there could have been a bit more “punch” to it; while all the instruments are crystal clear in the mix, I would like to have heard a bit more low-end. The relative medium pace of the songs keeps Black Power Flower out of the stoner doom category, though there are definitely plenty of Iommi-worthy riffs scattered throughout. Although the bass is a little too funky to make this a metal record, when the band does get into a heavy riff, the bass just doesn’t have enough heft in the mix to emphasize its heaviness. Another unfortunate downside to Black Power Flower are the lyrics; while Brant has proven himself to be an excellent songwriter and multi-instrumentalist, his lyrics aren’t really his strong point. “Stokely Up Now” is a fine example of what I’m talking about; while I enjoy the catchy riffs, “Hey, did you see that? It’s a dog, it’s a cat!” isn’t exactly literary gold.

Black Power Flower marks a welcome return to the heavy rock sounds for longtime fans of Kyuss and Fu Manchu, and if you can overlook the lyrics and the small shortcomings in the production, is an excellent record to add to your stoner collection. While fans of Brant’s more blues, jazz, and funk-oriented solo work will find plenty of traces of those sounds on this record, make no mistake, this is a rock and roll record through and through.

Brant Bjork has returned to playing heavy rock with a vigor.
Great blend of heavy stoner riffs and psychedelic/blues rock
Crystal-clear production
I would have preferred a little more low-end in the mix
3.5