Bodom After Midnight – Paint the Sky with Blood

The plan was simple. Children of Bodom would end as a band, and Alexi Laiho would continue as Bodom After Midnight. With Daniel Freyberg (who followed him from CoB), Mitja Toivonen, and Waltteri Värynen at his side, Alexi‘s plan was to continue making the same kind of music. The band signed with Napalm Records, and immediately recorded an EP designed to get the fans interested in what would be their first full record. They announced it all in December of 2020, and even recorded a music video to go along with the EP. Then, just a few days after they finished recording it, Alexi died from complications related to his problems with addiction.

At 41, Alexi was one of the most accomplished metal guitarists in the world, possessing not only incredible technical skills, but also a unique ability to simply write great songs. His music was often full of anger, expressing some of that rage that metal fans always find so appealing, offering a powerful outlet to alienated people everywhere. His music was sometimes autobiographical, reflecting on things like the addiction that ended up taking his life. He was aware of the kind of life he was living, and over 15 years ago he was already asking himself “are you dead yet?“.

If it wasn’t for the fact that keyboards play a much less important role in this EP than in CoB‘s music, both of the new songs would have probably felt at home around the Reaper and Hate Crew eras. The situation is a bit different when it comes to their cover of Dissection‘s Where Dead Angels Lie, where the band slightly slowed down the song and tuned it down. It gives it a slightly doomier feel, with Alexi even growling at a lower pitch. Though it wasn’t what I would have imagined Alexi would do with the song (if anything, I expected it faster), it works quite well.

As brief as it is, Paint the Sky Blood is a good record, and a fitting tribute to an extraordinarily talented artist, as only his own music can do justice to his trailblazing career. The fact that this is what Alexi was doing in the final days of his life, as his health deteriorated more and more, can only make us imagine all the great art he still had in him. He was a great artist, and he will be missed. 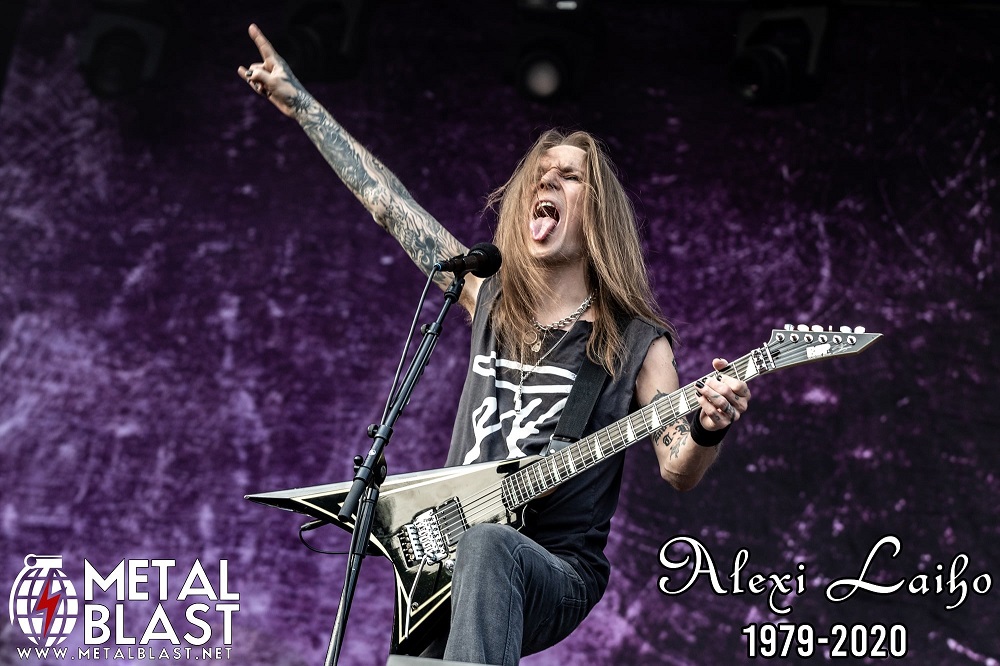 Bodom After Midnight – Paint the Sky with Blood
THE BOTTOM LINE
A last hurrah by an enormously talented artist.
Reader Rating1 Vote
POSITIVES
The classic CoB sound
NEGATIVES
If it wasn't for the name (and the lack of Warman) you'd think this is CoB
4