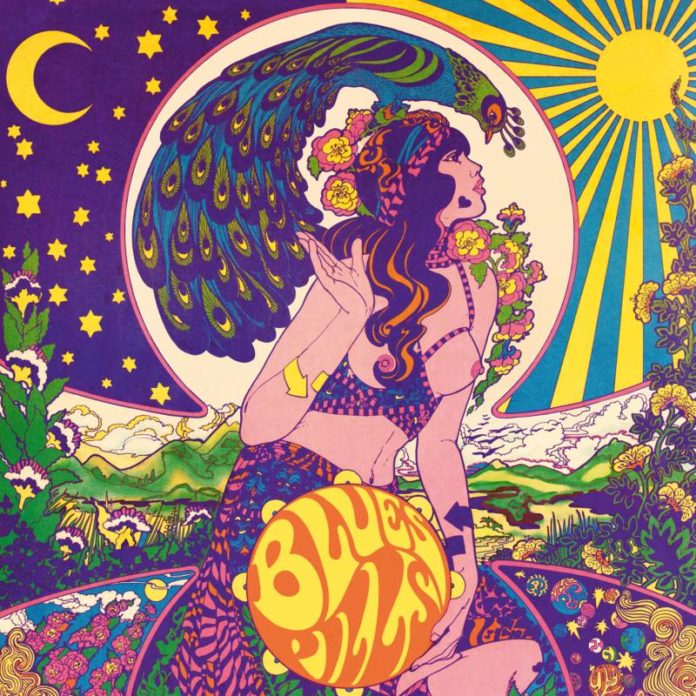 Blues music has always been part of the equation when discussing the roots of rock ‘n roll and heavy metal. Although Black Sabbath started out as the blues rock band The Polka Tulk Blues Band (and later Earth) but even when they became Black Sabbath you could still hear the blues roots in the music. While there are plenty of bands playing straight up Tony Iommi worship, lately there has also been a movement, with bands like Purson and the late and great The Devil’s Blood, that have taken influence from other hard rock acts of the era, like Cream, Hawkwind, and even The Beatles. Blues Pills are part of this new wave of psychedelic/blues rock, taking influences that range from Fleetwood Mac, Janis Joplin, Aretha Franklin, and Cream.

The problem with many of the bands playing sounds that are a throwback to the originators is that they simply regurgitate their favorite songs and just ride on the coattails of their heroes; that doesn’t seem to be the case with Blues Pills, who pay homage, while still doing their own thing. Elin’s vocals immediately remind me of Stevie Nicks, Janis Joplin, and Grace Slick in her Jefferson Airplane years, which says a lot. While the vocals could easily be the showcase, the guitar work laid down by Dorian Sorriaux is pure psychedelic/hard rock bliss, and would do Eric Clapton proud. “Jupiter” is an excellent example of this, with washes of wah-pedal and plenty of overdriven guitar layered underneath. Dorian is accompanied by Zack Anderson on bass, and Cory Berry on drums, who both provide an excellent and hard-hitting rhythm section. Everybody excels at their instrument, with each member being just as vital as the others, working together as a great unit.

The production on the album is absolutely perfect for this brand of retro-rock; not too polished, but not intentionally muddied up in order to give it an “old-school” sound. While I love the sound of classic records by Led Zeppelin and Cream, it feels really dishonest when modern bands record their albums using poor equipment and little or no mastering with the intention of making it sound retro. Fortunately, Blues Pills captures the classic sound without sacrificing modern gloss; there’s a lot of clarity in the guitar, bass, drum, and vocal departments, and the production truly showcases the excellent musicianship. While Blues Pills can certainly hold their own, producer Don Ahlsterberg certainly deserves praise for helping the band capture their vision. You might recognize him for his role as producer for Graveyard, a similarly retro-minded Swedish rock band, so he has had experience recording this type of stuff already.

If you want to take a trip back to a time filled with swirling psychedelic colors, beaded doors, velvet posters, and lava lamps, Blues Pills is a must-have album, and is the perfect vehicle to get you there. Blues Pills have a lot to offer, with top-notch musicianship that hearkens back to the very beginnings of hard rock and heavy metal. If you like Fleetwood Mac, Captain Beyond, Cream, or even the more psychedelic side of Led Zeppelin, do yourself a favor and take a handful of Blues Pills!