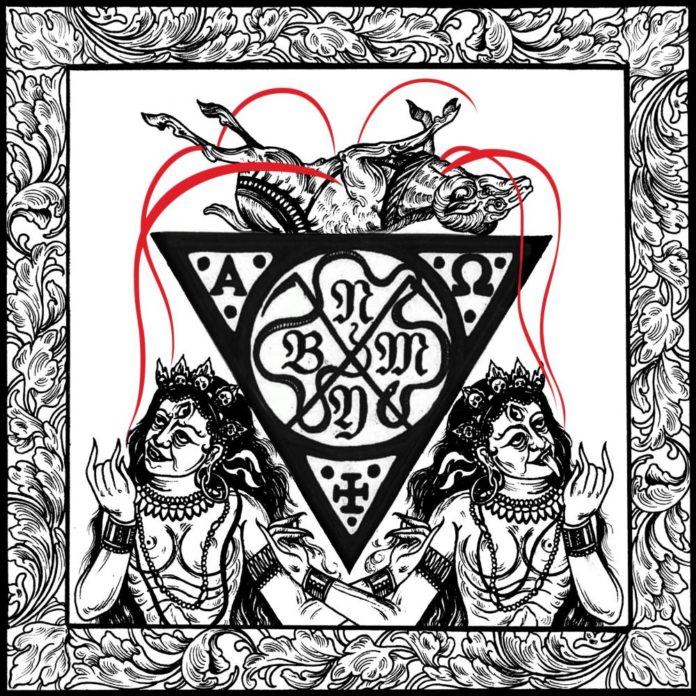 New York’s Black Anvil have become a prominent fixture in North America’s black metal scene since they formed in 2007. Consisting of former members of New York hardcore outfit Kill Your Idols, Black Anvil have a handful of releases under their belts, and have gained a lot of fans thanks to their aggressive approach to black and thrash metal. Miles, the band’s latest release, serves as a follow-up to last year’s live split EP with Urfaust, and the band’s first studio output since 2017’s As Was.

Miles consists of only four tracks, two of which are covers, so it’s safe to say this is a fairly unusual release for them (not that this has to be a bad thing). “Iron Sharpens Iron” is the only straight-forward black metal track, with the speedy guitars, shrieked vocals, and fast drums you’d expect to hear on a Black Anvil record. The title track, however, goes in a melodic hardcore direction, and is dominated by clean vocals on the verses, with occasional gang-vocals thrown in (which is almost mandatory, coming from members of the east-coast hardcore community). “Miles” serves as a tribute to Selim Lemouchi, founder of the Dutch occult-rock band The Devil’s Blood, who took his own life in 2014, and, alongside “Everlasting Saturnalia” (a song originally written and performed by The Devil’s Blood), shows a melodic side to Black Anvil only hinted at on previous recordings. “Everlasting Saturnalia” is played in an appropriately somber manner, and if you were to walk into a room while it was playing, I’d dare-say you wouldn’t even know it was Black Anvil performing the song. There’s a lot of stylistic ground covered on these four songs, and the band’s cover of Mercyful Fate‘s “A Corpse Without Soul” brings things full-circle, going back to the very roots of black metal; the falsetto vocals would make King Diamond proud, and actually came as a bit of a pleasant surprise.

Longtime fans looking for more brutal black metal might be a little disappointed, seeing that Miles includes only one song that sounds like the Black Anvil‘s previous work. This makes this one a difficult release to classify, since each track is quite different from the others. This is a testament to the band’s ability as musicians, as they can make such dissimilar tracks sound like they belong together. Miles is a fitting tribute to one of metal’s most interesting figures, and shows a band that has only just begun to show what they’re capable of.

Black Anvil - Miles
Despite only being four tracks along, this EP manages to cover a lot of sonic territory, and pays homage to The Devil's Blood's late founder, Selim Lemouchi.
Reader Rating0 Votes
Excellent production
A lot of sounds are explored in a short amount of time, but they're all done very well
The covers are very well done
If you're looking for sheer black metal aggression, you only get one full track of it
5