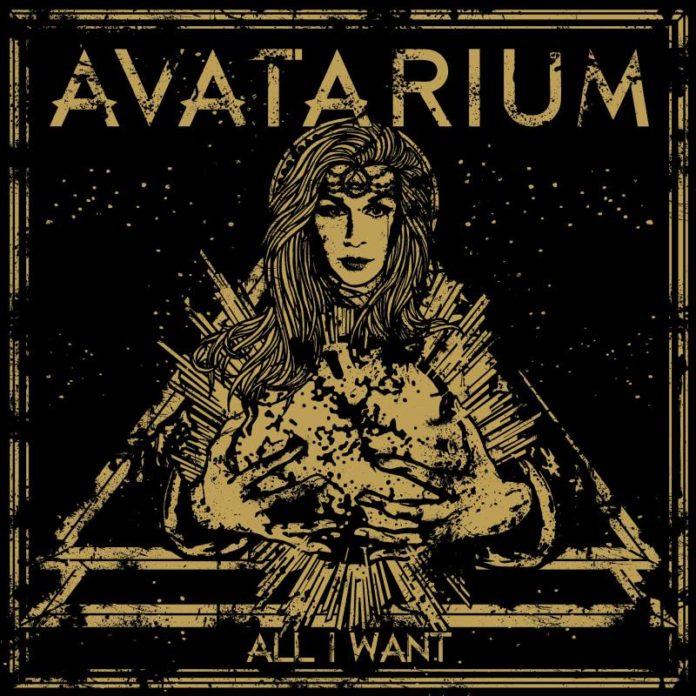 There are few musicians as integral to a genre of music as Leif Edling is to doom metal; not only does he play bass in the genre-defining Candlemass, he’s also the sole original member and primary songwriter. In the doom genre, Candlemass’s debut full length Epicus Doomicus Metallicus is essentially the doom bible, laying the foundation for nearly every band to come afterward. Last year, Leif began a new project that developed into Avatarium, which saw an expansion in sound that took the majestic doom sound of Candlemass and incorporated elements of folk, psychedelic rock, blues, and even jazz.

All I Want is Avatarium’s follow up EP to last year’s excellent self-titled full length, Avatarium, and contains two brand new tracks, and 3 live tracks from the band’s set at this year’s edition of Roadburn Festival. Best described as psychedelic doom, Avatarium take the listener on a sonic journey into a sound that predates heavy metal itself with the two new tracks, “All I Want” and “Deep Well.” With swirling, organ-like keyboards, fuzzed out rhythm guitars with fluid lead-guitars weaving in and out, and Jennie-Ann Smith’s soulfully emotive vocals, Avatarium distinguish themselves as a completely different animal altogether from Candlemass. Sure, there are moments with heavy, melancholy riffs and melodies that will draw comparisons between the two bands, like the main riff on “Deep Well,” but Avatarium have more of a hazy, dreamlike quality to their music.

Nowadays there are many excellent bands playing this particular style of psychedelic rock infused metal, such as Blood Ceremony, Blues Pills, and Purson, but Avatarium are not mere tag-along, as becomes clear from their live tracks. Of the three, my favorite is “Tides Of Telepathy,” which although has an eerie vibe, and some pretty straight-forward doom riffs, really comes alive with the psyched out, hypnotic jam section towards the end. The chemistry between the musicians is remarkable, and belies their relatively young age as an active band; when the music gets spacey, everybody works together to create a wall of sound that really draws you in. There are certainly some crushingly heavy moments as well, such as the main riff on “Bird Of Prey,” which starts off rather deceptively with a little blues lick, and an understated verse riff, before a monstrous chorus that recalls some of Candlemass’s heaviest moments.

The production on All I Want is immaculate, and really captures the jam band-like nature of the music; when the heavy sections come in, the sound is thick, and when Avatarium goes into psych-rock territory, the sound is otherworldly, with layers upon layers of sound. The live tracks sound positively studio quality as well, and if it weren’t for the audience’s cheers, Jennie’s stage banter, and a couple of instances of microphone feedback, I wouldn’t have even noticed that the songs were from a different session. The sound Avatarium are able to produce in a live setting is truly awe-inspiring; the layers heard on the studio recordings are produced flawlessly in concert, and again go to show you how well these musicians work together. The bass has a little more presence in the mix on the live tracks, which gives the riffs a little more crunch, but the mixing is done extremely well, and keeps the bass from being overpowering. Jennie sings like an absolute goddess, and I dare-say she’ll become a household name before long, as her vocal range and control truly has to be heard to be believed.

All I Want is an excellent starting point if you haven’t heard Avatarium yet; the two new tracks push further into psychedelic territory without abandoning doom metal entirely, and the live tracks show a young band that works extremely well together. While psychedelic doom is certainly all the rage right now, you can’t write Avatarium off as opportunists, as the music stands out from the pack, and truly speaks for itself.

Psychedelic, spacey masterpiece with a heavy foundation in doom metal, brought to you by Leif Edling.
Excellent musicianship
Flawless sound on both studio and live tracks
Traditional doom fans might not find the riffs "beefy" enough at times
5