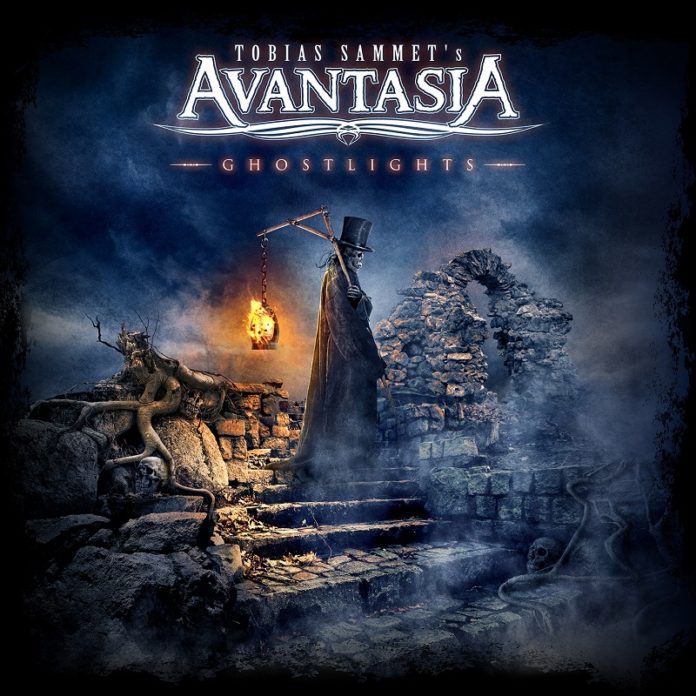 To say that there are high expectations when a new Avantasia album is coming out, doesn’t really cut it. It’s more than that. It’s impatience and excitement from thousands of fans who just can’t wait to see what wonders Tobias Sammet can produce when he gets together with yet another collection of accomplished musicians. After all, under the banner of Avantasia, artists as famous and varied as Alice Cooper, Eric Singer, Michael Kiske, Jorn Lande and Ronnie Atkins, to name just a few, have come together to produce what have been some of the best (if not the best) concept albums/rock operas in recent history.

Despite starting as a more power metal-oriented project with The Metal Opera, Avantasia moved to more traditional rock and heavy metal with the release of the critically-acclaimed 2008 album The Scarecrow and its follow-ups The Wicked Symphony and Angel of Babylon (the 3 of them forming The Wicked Trilogy). Although power metal still occupied an important space (songs like “Shelter from the Rain” and “Promised Land” were as power metal as it gets) a large emphasis was placed on the roots of the genre. Plot-wise things also changed, as the straightforward stories of The Metal Opera gave way to more metaphoric tales, much more open to interpretation. This narrative technique would later continue in 2013’s The Mystery of Time, which not only marked the beginning of a new tale, but also served as the direct predecessor of this year’s Ghostlights.

Just like The Wicked Trilogy marked a departure from the sounds of The Metal Opera, The Mystery of Time also turned a new leaf, taking what some have called a more “fantastic” approach, placing a great emphasis on orchestration and keyboards. Not surprisingly, considering that Ghostlights is a direct sequel to The Mystery of Time, this “fantastic” sound continues to play an important role, perhaps even more so than in its predecessor.  This becomes clear from the very beginning, as “Mystery of Blood Red Rose” opens the album with a fairly AOR-sound, with emphasis placed on keyboards (masterfully handled by Michael Rodenberg) that build up the song until it becomes a full-on rock explosion. It’s a fantastic song (and which might even end up representing Germany at the upcoming Eurovision), and which allows Tobi, free of any guest vocals, to give you a pretty clear demonstration of how far his vocal skills have gone.

Even though Ghostlights is full of guest-performers, at no point do their contributions come-off as gimmicky, as mere cosmetic additions thrown in for the sake of publicity. Each song seems to specially tailored to exploit the talents of those involved, and to really let them shine. Marco Hietala‘s contribution, for example, in Master of the Pendulum, takes advantage of that amazing and maniacal style of singing, as raspy and as furious as we saw him in Tarot‘s “Convulsions” or Nightwish “I Wish I Had an Angel.” The same happens with Sharon den Adel‘s contribution in “Isle of Evermore,” which exploits the pop style that she has been developing in Within Temptation’s latest efforts, to produce an acceptable (albeit not spectacular) ballad. Geoff Tate’s role in “Seduction of Decay” allows him to shine the theatrical style that he tried to achieve during his twilight years in Queensrÿche, although this time his efforts are well-received, and he doesn’t make the band implode in the process. The list goes on and on. Every cog in this machine is working perfectly. Even Dee Snider, a man who I never thought I’d see in a project like this, makes an appearance in “The Haunting,” in what is one of the most interesting songs here. Needless to say that Tobi‘s usual accomplices, Jorn Lande and Michael Kiske, also show up to lend a hand. Of course, they absolutely kill it. Lending their voices to the title track, they produce one of the best power metal tracks I’ve heard in a while, helped in no small part by the relentless drumming of EdGuy‘s Felix Bohnke.

Production and guitar are once again in charge of Sascha Paeth, demonstrating that he is, without a doubt, the right man for the job. The instruments are layered in such a way that allows you to choose whether you want to be taken away by the whole, or whether you prefer to close your eyes and pick the small nuances that were left there. The bass does not seem to be very prominent in the mix (strange, considering Tobi‘s role as the bassist), although it’s arguable whether this really takes anything away from the final product.

Aside from a couple of forgettable ballads, Ghostlights it’s simply an amazing album. Even at its lowest, it’s the kind of thing a band can only dream of releasing, and which hardly any motley crew of musicians and singers would be able to produce. What you have before you is, without a doubt, one of the best albums of the last few years.

What are you waiting for? Go get it!

IN A NUTSHELL
A terrific combination of genres and artists in what is, arguably, one of the best albums in recent memory.
POSITIVES
Songs that really exploit every performer's abilities.
A great combination of power metal with traditional rock and metal.
Good use of keyboards
NEGATIVES
Some of the ballads are rather weak, particularly compared to the faster tracks.
Bass is MIA in the mix.
5