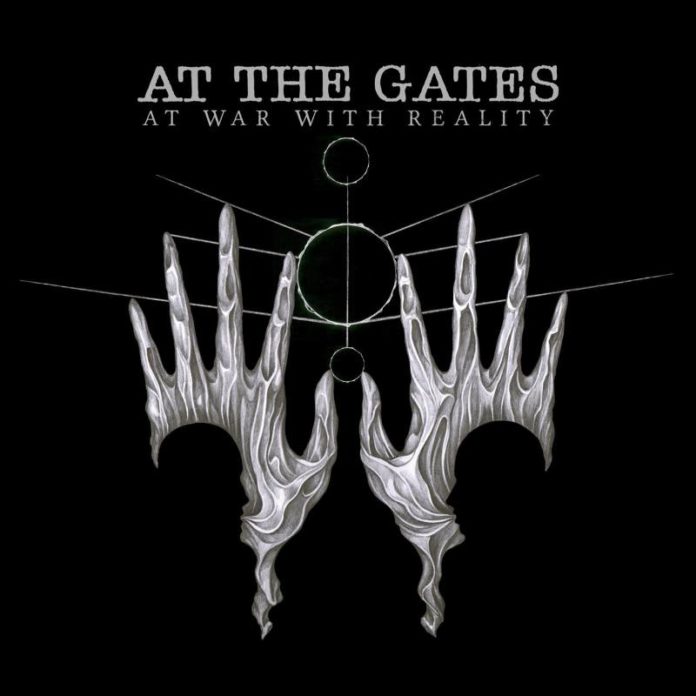 When At The Gates called it a day back in 1996, there was much weeping and gnashing of teeth in the metal world. Mere months after their insanely successful magnum opus Slaughter Of The Soul, the Björler brothers, Anders (lead guitar) and Jonas (bass) left the band, essentially ending it. Slaughter Of The Soul is an absolutely essential album in terms of influence, being one of the most highly revered melodic death metal albums, and one of the finest examples of the Gothenburg sound. I dare say that if it wasn’t for At The Gates, In Flames, and Dark Tranquility, the American metal scene would be a much different sonic landscape. We certainly wouldn’t have Killswitch Engage, Unearth, or As I Lay Dying, though whether that’s a good thing or not is certainly subject for much debate.

When At The Gates announced their reunion in 2007, there was a collective hitch in the metal underground’s breath, but ended in disappointment a year later. However, the band reformed again in 2010, and, fast-forwarding four years, after much deliberation, we now have a new record in our hands, At War With Reality. Considering that it’s been nearly 20 years since Slaughter Of The Soul, one has to wonder if the past is even worth revisiting, but upon listening to At War With Reality, the only I can come up with is a resounding “HELL YES!”

At The Gates have come back to reclaim their throne as masters of melodic death metal, managing to take a little bit of each one of their previous records and blending them with a few new twists. Tomas Lindberg’s vocals sound as urgent as ever, the Björler brothers continue to show themselves to be absolute wizards of song-crafting, Martin Larsson’s rhythm guitar work is brutal and melodic as ever, and Adrian Erlandsson crushes his drum kit with the vigor of a man half his age. The bulk of the material has the chugging thrash-fest quality to it that Slaughter Of The Soul did, but there are certainly elements of The Red In The Sky Is Ours, like on the tracks “Death and the Labyrinth” and “The Book Of Sand.” The title track, “At War With Reality,” has some of the catchiest riffing of the band’s career, with a bridge/chorus that will have you screaming along, followed by one of Anders Björler’s trademark solos.

Not everything works on At War With Reality, however; I found myself skipping over the slower, more experimental tracks like “Order From Chaos” and “City Of Mirrors,” though the former certainly has some good meaty riffs in the middle. The slowed down bits feel almost like the band is giving the listener a few moments to rest before crushing their skulls again. “Order From Chaos” in particular has a fairly odd vibe, with the layered guitar riff sounding more like something you’d hear on a shoegaze album from the early 90’s. Still, the heavy numbers are suitably vicious and manage to pick up the slack left behind by the slower songs.

The production is top-notch, with a nice, level mix that allows you to hear every instrument without any difficulty; Jonas Björler’s bass is noticeably more audible than on previous efforts. Although there are occasional sound clips, such as the opening track “El Altar Del Dios Desconocido”, unlike many of the newer acts At The Gates don’t rely on audio-clips to create an atmosphere; the melodic guitar overdubs handle that job just fine, thank you very much.

While At War With Reality isn’t a perfect record, it’s damn close, and distinguishes itself as not only an excellent comeback record for At The Gates, but also for containing some of the band’s strongest songs yet. If you’re at all inclined to listen to the Gothenburg sound, this record is a perfect addition to your collection. This album will certainly be topping some best-of lists at the end of the year, and marks a much welcomed return to the metal world for one of the genre’s finest acts.

Swedish melo-death masters return with first new album in 19 years to show the kids how it's done
Brutal but melodic riffs galore, top-notch production
Slower songs are a bit forgettable, a couple of experimental bits had me hitting the skip button
4

At War With Banality

A disappointing album from a band that released a metal classic. Maybe that’s unfair, but many fans expected more. There’s nothing wrong with this album technically, but on another level it lacks the fire, passion, and authenticity of Slaughter Of The Soul. It’s an overproduced Death Metal album with a shiny-clean sound, but there are so many bands releasing albums that sound like At War With Reality that it’s easy to come to the conclusion you’ve heard this (or something very much like it) before.

Hatebreed – The Divinity Of Purpose