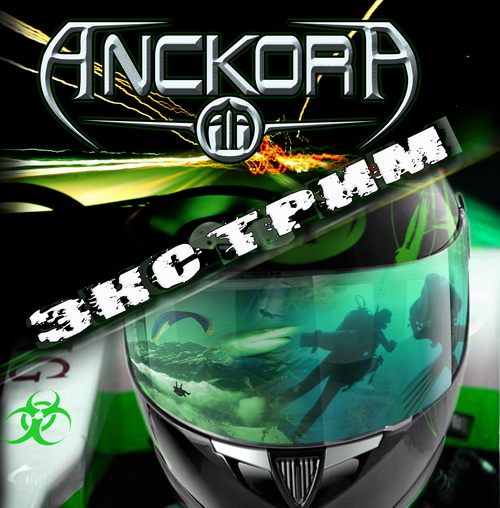 As a rule I have very little tolerance for industrial acts, particularly since they seem to be made up of people who just felt electronic music was “too mainstream”, so they decided to get some “cyberlocks” and irritate their parents.

Despite looking the part of a Hot-Topic industrial band, however, Anckora offered a lot more than that. Taking cues from the likes of Rammstein and Megaherz (as it’s evident in the opening “Midnight”, which reminds me a lot of what Sehnsucht was all about) this Russian band delivers a heavy industrial music of the likes the genre really needs. As a genre that has been saturated for a long time with nothing but “dance”-centric acts who owe more to Steve Jobs than to any musical talent, the combination that Anckora put forward, bringing some elements of death metal (singer Katrin Antares can do some growling that would make her countrywoman Masha Arkhipova proud) to the mix is truly a breath of fresh air.

In addition to being performed completely in Russian, Extreme also shares other commonalities with other Slavic acts, such as the annoying trend of inserting fast-spoken pieces in the songs (“BreakAway” is a prime example of this). While this seems to be a regional thing (Arkona, Dark Princess and Welicoruss are guilty of the same thing) I really detest it, since I feel it breaks the whole rhythm of the song. While it doesn’t take away too much from the album, nor does it negate the quality of the other tracks, it’s distracting enough to warrant a mention.

Although the production could have been better (such an electronic-oriented genre will always benefit from a clean processing), and the songs aren’t all that memorable (there’s a certain video game soundtrack vibe to the album),  Extreme is an interesting proposal that definitely deserves some attention. If they could just drop the angsty teen look…