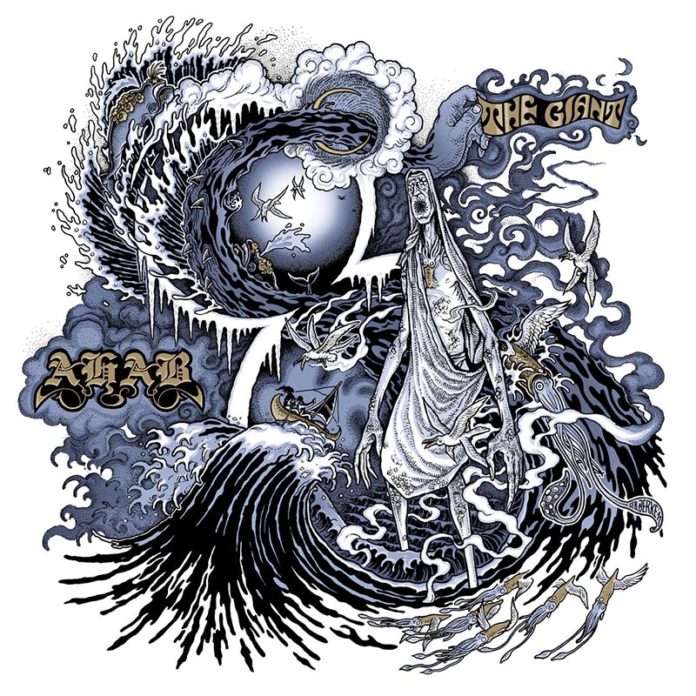 [dropcap]I[/dropcap] should really finish Moby Dick one of these days. Aside from being one of the defining works of the Western literary canon, heralded as America’s own national epic, it’s also inspired two of the greatest metal albums of the last decade – Mastodon’s Leviathan and Ahab’s The Call of the Wretched Sea. There’s no real comparison to make between the two musically (as much as fans may jokingly insist on the legitimacy of “whalecore” as a genre), but they both draw inspiration from a book that I’ve always wanted to finish, but have been dissuaded from every time Melville launches into a chapter-long sperg-out about 19th century whaling. And with an album like Call of the Wretched Sea, I don’t feel I even need to read it to grasp the emotions it’s communicating. Even back when I first heard the album in 2006, when the heaviest doom I’d been exposed to was Candlemass, I could practically feel the brine in my face and the harpoon in my hand. The album still stands up today as a latter-day classic of funeral doom metal, and listening to it makes you feel all the desperation and hopelessness that comes from being dragged by a beast of the deep on a Nantucket sleigh-ride. Their second effort, The Divinity of Oceans, took things in a more melodic and less crushing direction, thus getting a few mixed reviews, but it showed a band expanding in a new direction while still keeping the doom. And their latest LP, The Giant, is a mature and fully-realized work that brings in the best of both worlds.

Eschewing Call’s muddy and claustrophobic production, the engineering on The Giant is clear and distinct in all parts. It’s a lot less heavy, true, but it’s a lot more accessible and, dare I say, quite beautiful in places. Those lusting after Daniel Droste’s death growls will not be disappointed, as his roar is as primal and vicious as ever, but his clean vocals are much more prominent and have greatly improved as well. The instrumental structures are the same as we’ve come to expect from these nautik funeral-doomers, with foreboding quiet passages broken up by monolithic slabs of heavy, downtuned doom riffs played at a dirge-like crawl. However, Ahab has taken on a far more melodic sensibility than before. The melodies that carried choice cuts from Call like the majestic “Old Thunder” are taken to a whole new level on this release. Harmonized multi-tracked vocals (including a guest spot from Enslaved’s Herbrand Larsen on “Antarctica The Polymorphess”) and double guitar leads make frequent appearances throughout the album. Expansive lighter post-rocky passages are common, but kept in check from being too meandering by the sudden surge of a monstrous doomy tide just when you were starting to get comfortable. The more progressive elements explored on The Divinity of Oceans are fully realized here, with key changes (“Aeons Elapse”) and rhythmic complexities (“Deliverance”) all across the record. It’s a far cry from the crushing surf of Call, but it still has that distinctively-Ahab adrift-and-lost-at-sea vibe to it.

This is a very different Ahab from the one that gave us The Call of the Wretched Sea so long ago, displaying a wholly different form of heaviness. Where Call was crushing and oppressive, evoking images of the White Whale breaching from the dark and stormy waves, crashing his monstrous tail into the deck of the Pequod, and the vengeance-fueled husk of Captain Ahab hurling his harpoon at him from Hell’s heart in a last act of desperation, The Giant is a much more resigned and melancholy affair. It’s more like the aftermath of the battle with the leviathan, where you’re sinking beneath the waves as the last molecules of air escape from your lungs as they fill with water, while you view the distant light of the sun shining down through the surface of the ocean as splinters of your vessel and waterlogged corpses of your fellow crewmen float by. In that peaceful bliss of drowning, you’ve given up on trying to survive as your last vestiges of consciousness slip away into the void and your body sinks into the infinite blackened depths, ever to be forgotten.