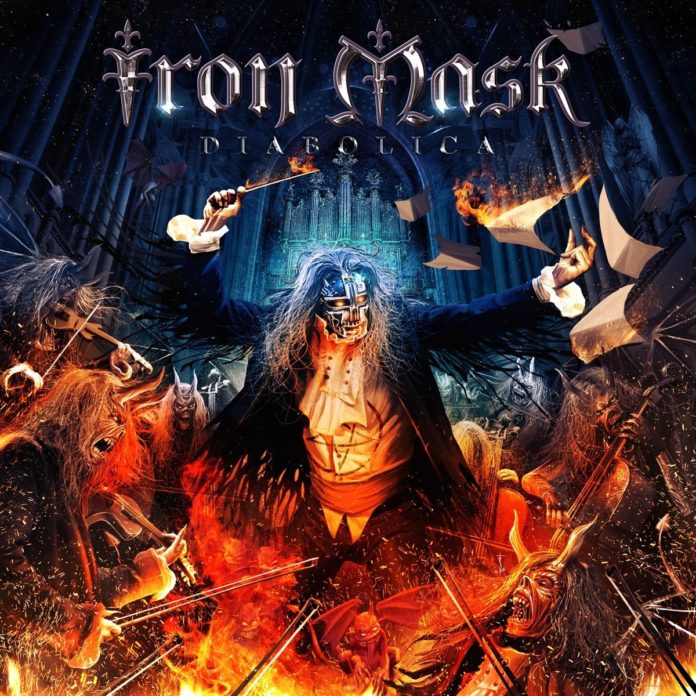 The band wastes no time getting into action, with first track “I Don’t Forget I Don’t Forgive” immediately leaping into high-speed drum-work and twitchy string-strumming. As soon as Valdez pops up in the mix, it’s clear why he was picked to replace singer Mark Boals, as his vocals land squarely in the traditional power metal target of soaring near-falsetto. Valdez also gets to give himself backing, thanks to some lightly-used double-tracking (perhaps heard to best effect in the choruses of “Oliver Twist”), which lends a nice garnish of playfulness to the speedy proceedings even while showing no signs of tongue-in-cheek-ness.

As the album continues, the band (and particularly guitarist/song-writer Dushan Petrossi) get to show off a fair spread of techniques developed since Iron Mask‘s formation in 2002, complemented effectively by Angelo Buccolieri‘s work at the mixing board. Although the lion’s share of the music makes its trade in the pounding bombastics expected of modern power metal, there are also a number of sweeps into crunchier, weightier traditional heavy metal, which gives a sense of ballast to balance the flighty arpeggiations. A few brief instances of symphonic metal get brought in as well, but rarely beyond the form of some synthy-sounding strings.

Of course, this is not a flawless album. “March 666”, in particular, feels kind of clunky despite the fluid guitar-work and war-time samples. Still, none of the songs really derail the album’s momentum, which is fortunate, as it runs just a few minutes shy of filling the 80-minute maximum of a CD’s capacity. And as far as pulling off a new instance of the classic ‘ode to metal’ style of songs go, “All For Metal” does quite a respectable job of dedicating itself to the task.

The main flaw of the album is that everything feels somewhat rehashed. Now, let me qualify that by saying that if you’ve heard power metal before, and enjoyed it, then this will likely be a fairly satisfying new album to add to your library. However, while the band does a good job of putting character and liveliness into the music, and they do lightly flirt with prog in “Ararat”, there’s no strong sense that they’re trying to push their work beyond the familiar. Reestablishing their roots may be a good move for a band swiftly approaching their 15th anniversary, especially after having just taken on a new vocalist, so it’ll be more than a little worrying if they show no new signs of growth on their next album.

IN A NUTSHELL
A serviceable power metal album, with the potential to draw in some new fans for both the band and the genre.
POSITIVES
A surprising depth of style
Well-sustained energy
NEGATIVES
Doesn't go beyond the standards of power metal.
3.8
Support the band (and US!) by purchasing their albums!
Amazon USAmazon UK