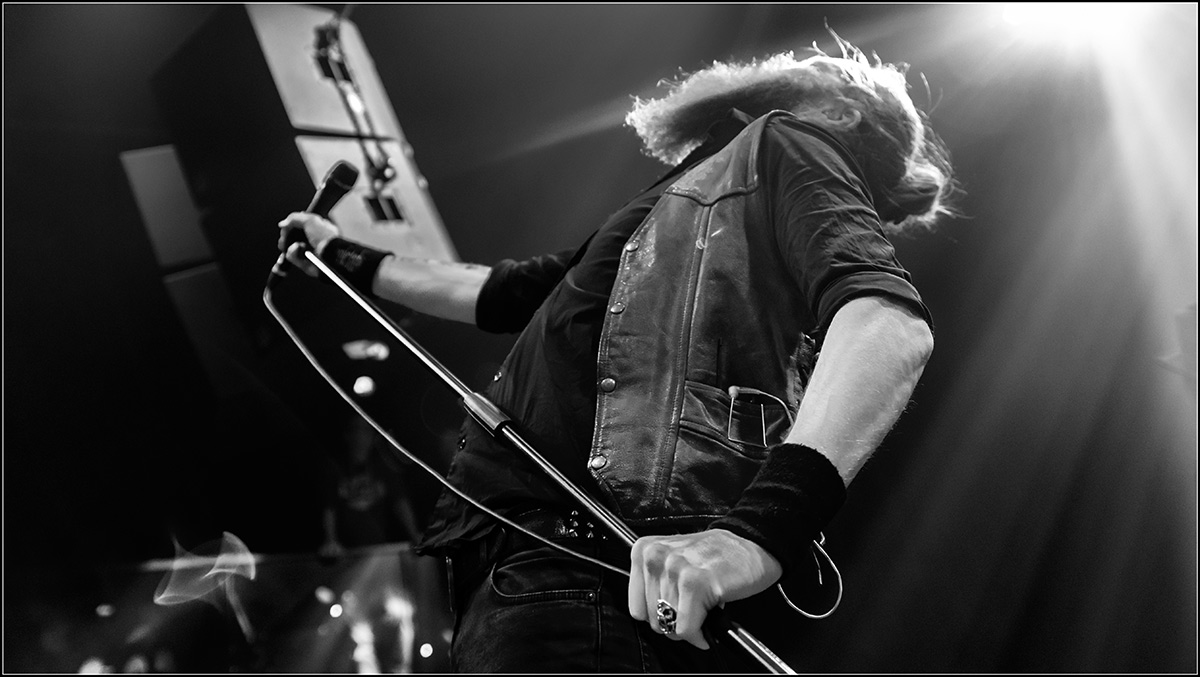 10 years ago, Sólstafir released Köld, their third album, and what proved to be the beginning of the band’s move towards a more atmospheric, post-metal sound. The move proved to be a good one for the band, as it significantly expanded their reach. Although their following records (Svartir Sandar, Ótta, and Berdreyminn) have been successful in their own right, Köld still occupies a special place in the heart of the band and their fans. Because of this, it’s no surprise that they decided to embark in a very small winter tour commemorating this 10th anniversary, performing the album in its entirety. 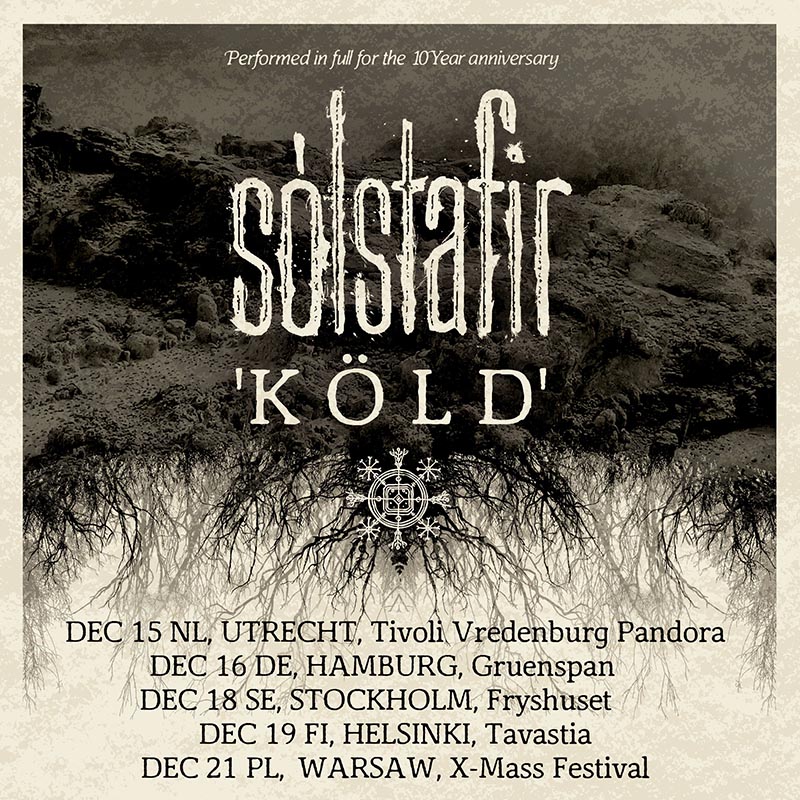 Strictly on schedule, Sólstafir took to the stage at 20:15, before a packed audience that had been slowly filling the room for over an hour. One of the the smallest of the TivoliVredenburg stages, the Pandora room gave the concert an almost intimate feel, only enhanced by the absence of a photo pit, allowing the band to be right in the fans’ faces.

One of the difficulties of performing an entire album live is that the band is stuck with whatever mood is created by the order of the songs there. This is the complete opposite of a traditional show, where they make a set-list aimed specifically at creating a certain atmosphere. This explains why certain songs are never played live, either because they represent an unnecessary technical challenge for the show, or simply because they don’t “work” live. That explains why Sólstafir‘s 12-minute long “World Void of Souls” had only been played once before, unlike “Fjara”, which has been played almost 250 times.

Sólstafir were not at all intimidated by the challenge posed by the setlist, staying very energetic throughout the entire performance.  Addi and Svabbi both spent most of the show at an arm’s length from the audience, while moving all over the stage. As is his custom, Pjúddi was a bit more reserved in his movements, true to his gunslinger appearance.

A particularly poignant moment was the performance of “Necrologue”, which the band wrote to commemorate a friend who committed suicide. Addi introduced the song by talking about depression, how it affects so many of us, and how a subset of that group will choose to end their lives. He seemed very sincere as he described his own personal pain in losing a friend to something like this, about the hopelessness that the act of suicide represents, and the destruction that it wreaks among those who are left behind.

Most of the time when a band introduces a song, fans will not pay much attention. This time there was something oddly solemn about the whole thing, and I recall thinking how quiet everyone was while Addi told this story. It’s a song that Sólstafir rarely performs (which explains why Addi had to have the lyrics at hand) and so maybe the fact that it hasn’t yet become part of their routine allowed for it to feel so sincere and painful. It was definitely the best part of the show and, based on the tears that I saw in some fans, probably the most meaningful.

If you have a chance, don’t miss the opportunity to catch Sólstafir during this short tour. Considering how great Köld is, it’s sad that some of its songs probably won’t be part of any future setlists, and so this might be your only chance to hear them live. 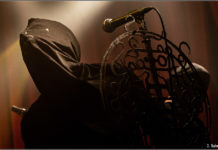 It was great to hear the whole album live. I discovered the band during the Köld tour, opening for Swallow the sun in Zaandam, the Netherlands. Had heard of the band but never heard any music.Didn’t quite know what to make of it at the time, I was intrigued, it sounded ‘different’, wasn’t sure about the singer…..at home I started checking out more of them……then it really sank in after a while, this band is utterly great. Usually the music you have to listen to a couple of times before it really sinks in turns out to be the best… Read more »

Thank you so much for stopping by!
You’re right in the sense that this isn’t the first time they perform Necrologue (I didn’t claim it was), but it’s not one of the most common ones either (you can see stats about their setlists here: https://www.setlist.fm/stats/solstafir-63d75ee7.html )
It’s a great band, I’m glad you enjoyed the show! 🙂