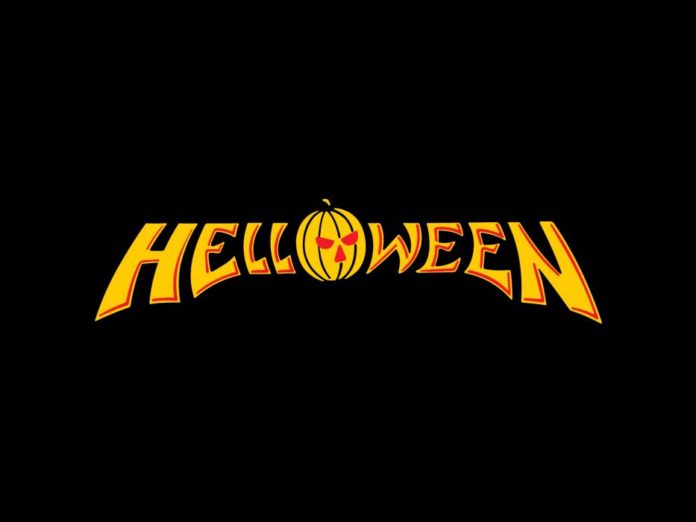 Few bands can claim to be trend-setters or creators of a style. Helloween can.
Considered by many as one of the founders of the Power Metal genre, Helloween has been going strong since 1984(!), with 16 studio albums, 5 live albums, 4 DVDs and much, much more.
Helloween’s latest work, “7 Sinners”, released in 2010, was well received by critics and fans alike, and took  the band in  a tour that has kept them on the road for over 9 months. Their latest stop? Wacken Open Air.
As one of the headliners of the 1st day of this legendary festival, Helloween is ready to kick some ass and ask the crowd “Are you metal?!”
Dani Löble, their drummer since 2005, sat down with us to give us this interview

Metal Blast: Well Dani, thank you very much for taking the time to do this.
Dani: No problem.

MB: A few years ago, here in Wacken, you performed with Kai Hansen. Around that same time, Helloween toured with Gamma Ray, even performing some songs together at the end of the shows. Do you think that it’d be possible for Kai and Helloween to work together again?
D: No; we haven’t considered to work with Kai. We’ve been with him and Gamma Ray on tour; we had a great time with them, playing 2 or 3 legendary Helloween songs with them every night. At the end of the tour everybody was satisfied but, we are Helloween, we’ve been together in this line-up for almost 7 years, and we haven’t considered inviting anybody else, be it older or legendary members, to get any more successful than we already are.
It’s history now, we don’t want to do any tributes.

MB: You’ve been touring for the last 9 months; just as you did after the “Gambling with the Devil Tour”, are you planning to take a break now, or are you going back to the studio?
D: We’re already discussing ideas for the next album, which we plan to release by the end of 2012. When this tour is over we’re heading to the studio to write some new material so that it’s ready for that album (and tour) at the end of next year!
No rest at all, we got a lot of rest after the “Gambling…” tour, and I think it’s enough rest for the next 10 years!

MB: The “Keeper” saga is considered to be one of the masterpieces of the Power Metal genre. For good or bad, Helloween will usually be defined by (and compared to) their work in those albums. Do you think that there will be a new part in that saga?
D: No, no, no… that chapter has closed forever. For sure, forever.

MB: Speaking of that… WHO is “The Keeper”?
D: That’s an interesting question; Markus Grosspkof [bassist] has told me that The Keeper is just The Keeper. I guess there’s a story behind, but that is only known by the original members so… Sorry guys! But it’s a really, really, really ridiculous story. I’ll have to ask Markus later on.

MB: We’ll get back to you on that one! From all of the songs by Helloween, what are your favorite ones to play?
D: Well, I was a guy who grew up with Helloween, during its climax with The Keeper. For me especially, the best part of every night is to play the Keeper songs, which we combine to one medley. I really look forward to play this every night,  as I really enjoy playing that stuff, since it really fits my style of drumming. I’ve been in love with it since the first day and it’s been like that for… what? 28 years now.

MB: Songs from “Pink Bubbles Go Ape” and “Chamaleon” are usually left out of your setlists -some would say for a good reason-. Do you think that this is a permanent thing or can you envision a time in which they might be included?
D: That’s something you can’t say. Maybe the day will come in which we might include songs from that Era. Everybody talks about those albums, nobody is ashamed of them. Helloween is predictable to do something unpredictable so… maybe the day will come.

MB: Speaking of those albums, what’s your opinion of that era of Helloween?
D: I think every album is a reflection of the time in which it was released; those albums are really great albums, it’s just that they’re not albums that Helloween is used to play. But they’re great albums.

MB: How do you choose the songs that end up on the setlist?
D: Well, everybody has its own “wishlist” (even the management!) so, at the end, we all put our ideas on the table, we struggle with it and in the end with come to the conclusion of what would be cool for a concert.
It’s hard to describe how we put a setlist together… but for us it’s quite easy!

MB: Well, then what is on YOUR wishlist?
D: Well, all the songs that have been the standard for our concerts, such as the songs from the Keeper saga, as well as some newer songs from albums like Better than Raw… the fast songs!

MB: It’s been 9 months since the release of 7 Sinners. How did you perceive the reaction of the fans and, in retrospect, how do you feel about this album?
D: Well, the press celebrated that album overwhelmingly. My opinion is that we did everything right. We had intended to make a hard, fast and rough album, neglecting the precision trying not to be too meticulous.
At the end of the day, 7 Sinners is the album we aimed for and, well, the press liked it, the fans liked it, the management liked it, Nikolas [Tour Manager] liked it, you liked it and we’re going to play some songs from it tonight and, hopefully, Wacken will like it!

MB: Any final message for your fans?
D: Don’t miss Helloween on the upcoming tour, don’t miss our upcoming album and buy the 7 Sinners album if you haven’t done so already!

A Love Letter to Planet Earth: An Interview with Floor Jansen & Tuomas Holopainen

A Ghost Invited: An Interview With Gaahl

[…] Yeah, back in 2011 we interviewed Dani in Wacken, and he mentioned that now the band is well-established, that there is clearly a proper band there. […]

[…] that I could pick exactly what I wanted to do… and, boy, I aimed high. Children of Bodom, Helloween & Apocalyptica are just some of the bands that, for reasons that I fail to understand, accepted […]

Staying Crazy – An Interview with Markus of Helloween | Metal Blast!

[…] A few years ago I interviewed Dani, and we talked about the Keeper album. He told me I had to ask you about the identity of this […]

Unbreakable: An Interview With Eden’s Curse