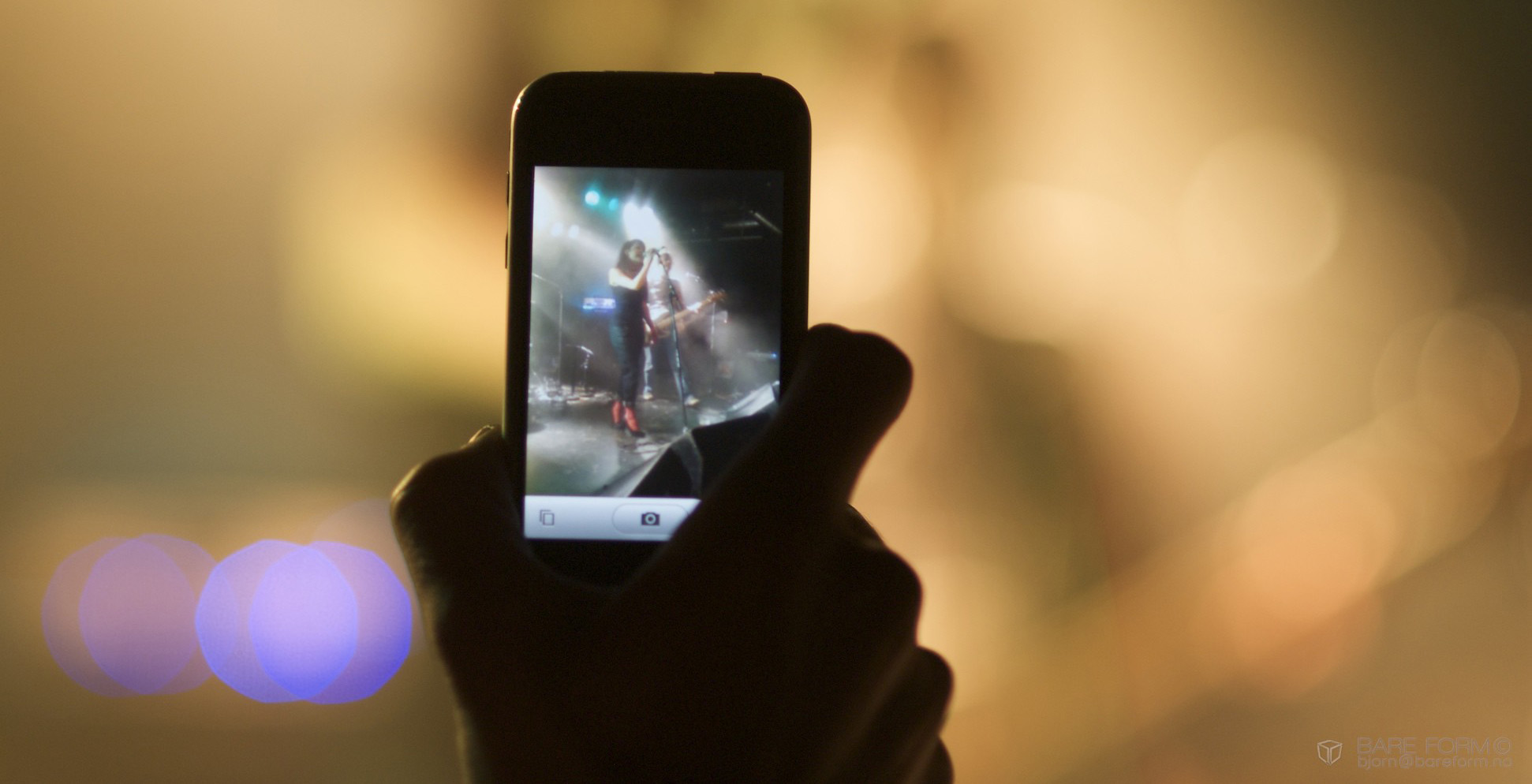 You are not a photographer.

I know that this might be a shocker to you. After all, your 246 pictures from last week’s Slipknot 30-minute concert got about 20 “likes” on Facebook and even more on Instagram. Could it be that they’re all wrong?

Yes, they’re wrong (or, most likely, lying). Your photos look like shit.

Since I dabble in concert photography (my photographic expertise puts me, on a good day, on a “barely competent” level) you might think that I’m just being a pretentious asshole. Worse yet, maybe you think that I’m being elitist and simply looking down on those who don’t own an expensive camera. I can assure you, that’s not the case.

I don’t want you to put your phone (or your camera) down because your photos won’t be good (although, trust me, they won’t). I want you to do it because you’re missing out on the concert… and you’re annoying everyone else.

With the massification of social media, we have become obsessed with not so much having experiences, but with showing them. In other words, it’s not about the nice meal you’re eating, the awesome band you’re watching or the funeral you’re attending, but rather about letting other people know that you’re doing those things.

Among the many things that annoy me (and there are a whole bunch of them, since I’m a hateful asshole) people holding up their phones are right there at the top. They’re just between “pretentious cunt with a bow-tie” and “moron wearing sunglasses indoors”. Why would you pay good money to attend a concert, just so you can spend it watching a tiny screen instead of, you know, what’s happening right in front of you?

To make things worse, the whole exercise is pointless. You will get home, upload those 356 picture to Facebook/Instagram and then never look at them again. The same thing happens with your super amazing recording of your favorite song, which is not only offensive to your eyes, delivering a poorly-lit and pixelated video, but also to your ears, sounding like absolute crap (not surprisingly, phone microphones were not made to record concerts).

Fortunately for you, chances are that there are a lot of talented photographers who are covering the concert, and who will take amazing pictures. If you approach any of them (assuming they’re not assholes, which sometimes happens) they’ll be happy to tell you where they’ll publish their pictures, since they crave exposure (seeing that the majority of them don’t see a dime from their work). What do you think will bring better memories? The blurry snaps that you took, and which left your arm sore from holding your phone for 2 hours straight, or the professional, well-lit, properly processed, photo taken by a pro?

Of course, it isn’t just about quality; you are also annoying everyone around you (unless they are also assholes who are occupied taking pictures or recording the concert). Have you ever gone to a movie only to be sitting behind someone who is very tall or who (for some unexplainable reason) has an afro? Well, it’s the same with cellphones. You are preventing others from seeing what’s happening on stage, because you’re too busy keeping your hands up like a fucking moron, or blinding them while you post those pictures on your extremely bright phone.

Although things like Facebook, Instagram and Twitter have countless benefits, they also have the inherent risk of making us lose sight of what’s right in front of us. Do you really care about what 200 people you barely know have to say about your lunch? Does Twitter User ILuvWeedAndBitches420’s approval of your choice of concert really matter to you?

This is not a call to stop taking pictures. There’s no harm in keeping a memento of what might be an important moment for you. By all means, take a couple of pictures… but then, forget about your phone, forget about showing others what you did. Put that phone away and, please, enjoy the music.

You’ll be glad you did.

Ticket Scalpers Are A Threat To Live Music