Post Surgical Cinema is a series of indefinite length, motivated by a recent accident -and corrective surgery- that will keep me off my feet for the next 6 weeks, giving me an (unwelcome) opportunity to watch a whole bunch of movies.

The intersection of heavy metal and cinema hasn’t always gone well. Portrayed as a childish interest, heavy metal has often been shown as a soundtrack for slackers and morons. Alternatively, it is portrayed as little more than party music, something that (stupid) people listen to when they want to get absolutely wasted. This is not to say that every film on the topic has exploited the tropes of heavy metal like that, but the fact remains that heavy metal, and metalheads in particular, have often been little more than comic relief.

My interest here is not to defend metal fans, as if we were all innocent forest creatures. On the contrary; it’s true that heavy metal does sometimes lend itself to excess and debauchery, and that these elements have also shaped its cultural development. At the same time, however, when heavy metal is reduced to just “party music,” we neglect to cover the other ways in which people relate to it, and why it is that they develop such strong bonds. Málmhaus (“Metalhead“), a relatively obscure 2013 Icelandic film appears as an alternative to this reductionism, showing how heavy metal can allow someone to develop their own voice and find a path out of darkness.

Málmhaus opens in 1983, on the day that 12-year old Hera Karlsdóttir finds her dying brother Baldur (played, albeit without any lines, by Óskar Logi Ágústsson of The Vintage Caravan) after a gruesome farming accident. Years later, as a young adult, and still living with her parents in the same small and isolated village, it is clear that Baldur’s death completely destroyed the family. Gone are the smiles, giggles, and warmth that marked their interactions before disaster struck, and even though they all live under the same roof, they might as well be miles apart from each other.

After Baldur’s death, Hera started to imitate him as a way to deal with the loss, adopting his fashion (black jeans, combat boots, leather jackets, and band shirts) and his taste in music, and sinking herself into her own world. She grew up resenting the family that never managed to move on from the death of her brother, and who (through no fault of their own) never really gave her a chance to be her own person. In more ways than one, the whole family was stopped in its tracks with the accident, and were left living under the specter of the son and brother, that never got to grow old. 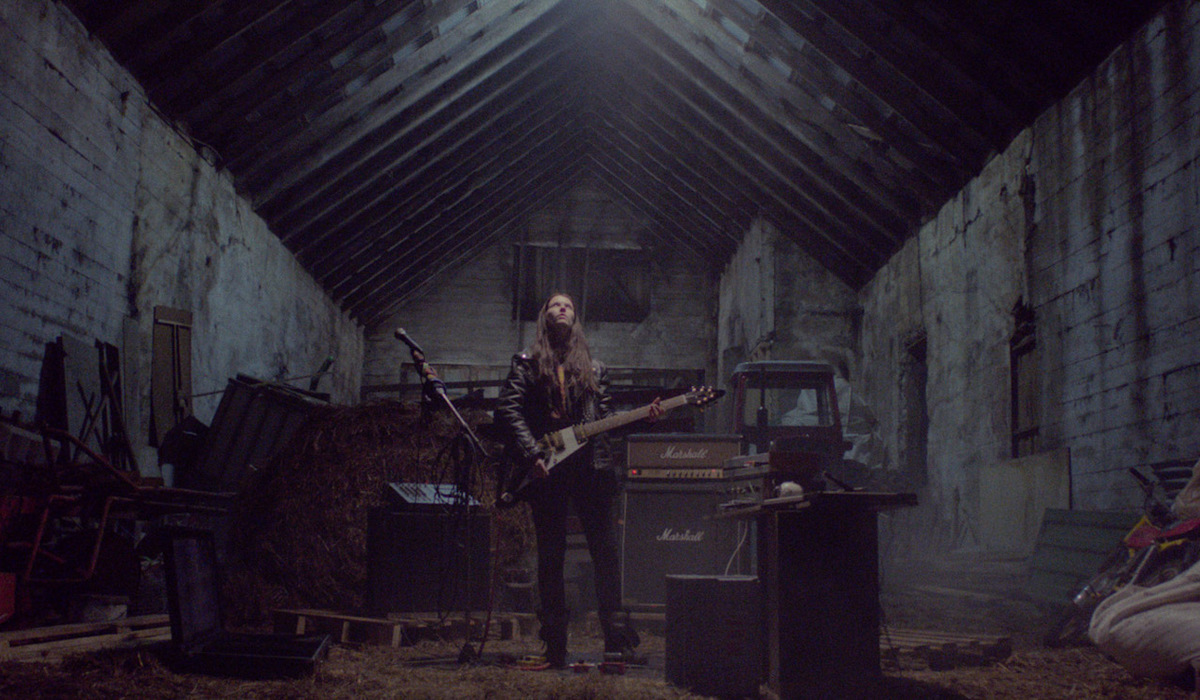 What resonated with me about Málmhaus is Hera’s own relation to heavy metal music, and which reminded me a lot of the way in which I related to it. Hera uses it as an escape from the sadness that tore her family apart, and as a way to express her absolute disdain for everything around her. She embraces the status of outcast that this style gives her, and seems almost proud of how extremely unlikable she has become. Though she’s an adult, she is still very immature, lashing out in unproductive ways, constantly trying to show just how different she is from everybody else. Her own journey into black metal, and some of its most extreme manifestations, can even be seen as just a continuation of this, with her interest being heightened after she sees how controversial it has become (this is in the early 90s, as the Norwegian black metal panic was in full swing). Paradoxically, it is precisely this attempt at being extreme that gives her and her family a path out of darkness (I will not spoil this for you).

Though it’s undeniable that Hera loves heavy metal, the film leaves open to interpretation how much of this passion is really about the music, and how much is just about alienating others. It’s not that Hera necessarily dislikes everyone in her village (though she does dislike a bunch of people there) but rather that she really doesn’t know how to relate to them in normal ways. Her obsession with heavy metal solves this conundrum, as it gives her a look, a personality, and an enemy (the “conformity” of those who aren’t like her) against which to rebel. At least this way she gets a reaction. It might only be anger, disgust, or even hatred, but it’s something.

As I said, the way in which Hera relates to heavy metal is very reminiscent of my own journey into this genre. As a kid I didn’t know anybody who listened to it (except for a classmate who liked Metallica) and so the whole thing was a bit of a lonely pastime for me. It gave me something to channel the anger, sadness and frustration that I felt as a teenager. The feelings of loneliness and isolation only increased as my father got ill and I sunk into a severe depression, and I could always count with this music to “get” me. Also, like Hera, I covered the walls and the ceiling of my room with posters, even of bands I didn’t really know or like, because I knew that I could get a reaction if I got extremely offensive stuff.

With the benefit of hindsight, I can now understand why I was acting out in that way. Like Hera in the film, I was overwhelmed by the intensity of the feelings that I was experiencing, and the power and aggression of heavy metal gave me a way to express it. Certainly, that expression wasn’t always constructive and I definitely said hurtful things to people who didn’t mean me any harm. Consumed by my own feelings, I selfishly forgot how much I could hurt those around me, and I didn’t realize how sadness often looks like anger. In many ways, Hera did the same, letting the character she developed become the only version of herself that she let the world see, hurting everyone that got too close.

Màlmhaus is probably one of the best films about heavy metal and its culture. Instead of clichés and lowest-common denominator material, writer/director Ragnar Bragason chose to show the way in which music (even black metal) can help people find their own place in life. In Twilight of the Idols, Nietzsche said that “without music, life would be a mistake”; thinking back on my own journey, and even on that of this fictional Hera character, I’d dare say that for some, without music, there would be no life at all.

Click Here to Support Us!
Previous articleAnaal Nathrakh – Endarkenment
Next article“But What Was France Wearing?” Victim-Blaming and Religious Terrorism

The Evil and (Im)Morality of MP3 Sharing