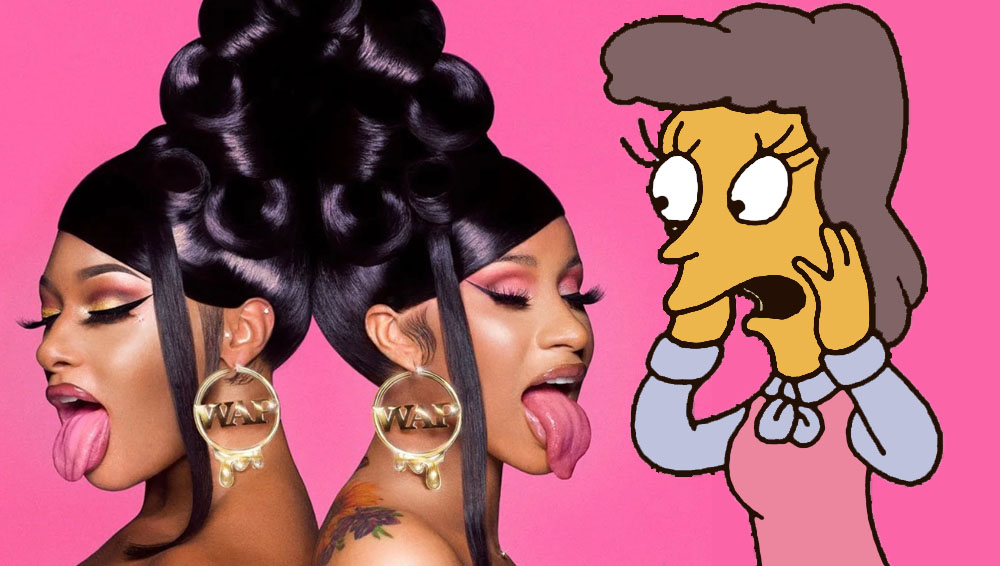 Facebook
Twitter
Pinterest
WhatsApp
TL;DR
Inexplicably, fighting over Cardi B’s new song “WAP” is the hill that many people have decided to die on, with some defending it as a the epitome of feminism, while others attack it as a sign of cultural decadence. Despite this superficial contradiction, however, both sides have a history of succumbing to the same kind moral panics around controversial speech. Indeed, both sides demonstrate a strong rejection of free speech principles, unless they are able to use those principles to further their own political aims. This inconsistency shows why any calls for speech control must be rejected, as it demonstrates that arbitrary discretion will always be an inherent part of censorship.

In a recent viral moment of pearl-clutching, Ben Shapiro, the famous right wing “intellectual” and founder of the Daily Wire, ranted against Cardi B’s new song “WAP” (short for “Wet Ass Pussy”). He presented the song as a symbol of cultural decadence, a clear demonstration of what’s wrong with society, and as a step back for women everywhere. He highlighted how this explicit song, as well as its similarly-sexual music video, seemed to go against the whole point of feminism, joking that, apparently, now feminism was “not really about women being treated as independent, full-rounded human beings” but instead about “wet a– p-word”.

Putting aside the hilarious prudishness of Shapiro, who seems unable to say “ass” or “pussy”, his criticism is not completely groundless. After all, we’ve heard for years that the sexualization of women in media represents a huge threat to their safety, to the point that scantily-clad female video game characters are portrayed as an imminent threat to girls and women everywhere. It would therefore have been reasonable to expected some pushback from the same “progressive” press that has been so militant about the topic in the past, considering its lyrics are about a gold-digging woman with no assets other than her sexuality, who likes to get paid, laid, tied up, and have guys spit in her mouth. At the very least, we would expect some of these “woke” outlets to write the same kind of long-winded essays about how we must create positive role models for little girls, showing them that they have much more to offer to the world than just their sexuality. But what happened was the exact opposite. In this particular case, all the things that we were supposed to hate everywhere else, are actually things we must embrace and celebrate. For some reason, a whole section of the media decided that an explicit song written by a woman who has admitted to drugging and robbing men, is 2020’s Malala. One feminist writer called this song (written by 4 men and 2 women) “the epitome of female empowerment“, while others showered it with similar praise:

“There is something that feels good about hearing two Black women talk about wanting to get what they want from sex. That someone like Cardi B, who has never lost her thick accent, her long nails, or ratchet personality has managed to be a success. She is everything that our parents told us would mark us for failure and even though I doubt Cardi would get away with this as much if she were a darker-skinned woman, I still see the ignorant, racist comments she gets.

Rap has always monetized Black women’s bodies and that isn’t changing. There are plenty of Black female artists and Black queer artists who do not get as much play because they do not fall into the gaze. That is a problem. We need more music that broadens the sexuality of Black women without cishet men.

But the problem in that situation isn’t Cardi B and Megan. It’s an industry that has decided that Black women can only fit into this narrow place. They are doing their part to change it by collaborating with other women across different genres. It is the mainstream’s job to listen.”

Here, in an attempt to have their cake and eat it too, the writer seems to argue that it’s bad that rap has become such a sexual place for black women, while at the same time praising and celebrating this particular iteration of that very same behavior, because it’s free of men (except for the 4 male songwriters and the male director of the video, of course). Apparently, this time around, positive, intelligent, non-sexual role models for little girls (especially little black girls) are not a priority. On the contrary, the only priority has been to show that Shapiro is a prude, and that anybody who has a problem with the song is either a racist or a misogynist. Women who might dislike the song, or African Americans who object to what they perceive as the “minstrelsy” nature of this type of music, be damned. (They’ve also devoted a lot of time to attacking the fact that Kylie Jenner appears in the video as a sign of racism and cultural appropriation).

The lack of ideological consistency is, of course, not exclusive to progressives. Some of the same people (not Shapiro) who’ve made a career out of complaining that the free speech rights of conservatives are violated are now calling for banning the song. Meanwhile, others have argued that the track is a sign of how we need more religion in our lives (provided it’s of the judeochristian variety), the breakdown of family values, or the strength of “cultural marxism”. Going back to the classic “protect the children” narrative, they are scrambling to find ways in which to get authorities to shield society from such depravity, echoing the notorious crusade of the PMRC against “evil” music. This, of course, without mentioning the misogyny that does indeed seem to be responsible for the fact that hyper-sexual music by men does not seem to rile up nearly as much outrage and pearl-clutching.

As they warn the world of the imminent threat posed by Cardi B and wet pussies everywhere, conservatives have also narrowed the scope of the debate. “Good” people cannot possibly enjoy the song, let alone the behavior described in it, nor can they be OK with its existence. It’s the same “you’re either with us, or against us” mentality that they criticize so much in the progressive side of the “cancel culture”, as well as a completely puritanical and unjustified intrusion into the sexual preferences of consenting adults (something that, in their wokeness, progressives have also been known to do)

At the center of the conservative fight against WAP (or, for that matter, the woke fight against “problematic” forms of speech) is a very condescending idea: When it comes to speech, they know best. While the exact identity of “they” depends on whose side is making the argument, the idea that we need someone else to vet speech for us, remains a constant. Both sides believe that many social ills would be avoided if we could just dictate what people are able to watch, read, and see. Censorship, in other words, is what society needs to be truly enlightened. Depending on who you ask, communism, nazism, racism, sexism, atheism, religion, homophobia, homosexuality, among others, are all things that would no longer exist if we could just control what others say. In their minds, we’re all just one wrong song, movie, or book away from turning tricks on the street, or joining the Nazi party.

Before falling prey to the arguments of those who call to regulate speech, we should remember that we have seen this kind of narrative play out in previous panics around offensive speech. Lest we forget, in the 80s the PMRC went after rap music and heavy metal music using the same idea of “protecting children”. Back then, the argument was also that offensive art was harmful to children and society, and stood in the way of progress. Since nowadays we look at the PMRC with derision, as a sign of the prudishness of its time, maybe we would benefit from asking ourselves how future generations will look at the pearl clutching wars of the present. After all, if you fear that your child is just one Cardi B song away from prostitution, one Watain song away from Satanic rituals, or one Ice-T song away from joining a gang, their musical choices are probably the least of your problems.

My No-No Square: Metal and Abuse