Despite its rebellious and controversial origins, nowadays it’s pretty safe to be a metal fan in the West. Gone are the days in which society saw heavy metal as a threat to its institutions, and as a pathway to anarchy and satanism. Of course, there are still some reactionaries that parrot the same idiotic religious propaganda that was used against metal in the 80’s and early 90’s but, by and large, they are in the minority. Indeed, in the 21st Century, if you want to see heavy metal as a social force facing real opposition, you need to look elsewhere. And that’s exactly what Extreme Nation, a documentary by Roy Dipankar, attempts to do by exploring the extreme metal scene in the Indian subcontinent.

With its focus placed squarely on the most extreme genres of metal, Extreme Nation takes the viewer on a journey into the largely unknown (at least in the Western World) South Asian scene. Unlike other musical documentaries, however, the focus isn’t so much on the bands themselves (though many are featured) but instead on the societies in which they are immersed. While some of us might feel “rebellious” while walking down the street with a blasphemous band shirt, it’s really something else when you do it in countries where blasphemy is sometimes punished by death, either by the State, or by mobs of zealots. There is something truly admirable about the musicians (as well as the filmmakers) who dare to openly criticize the actions of Islamists and other religious fanatics, while in their midst. And while the documentary does not come off as being openly against religion of any kind (it even opens with a saccharine disclaimer stating that it does not seek to hurt anybody’s religious sentiments) it certainly showcases the threat under which some of these musicians must live. 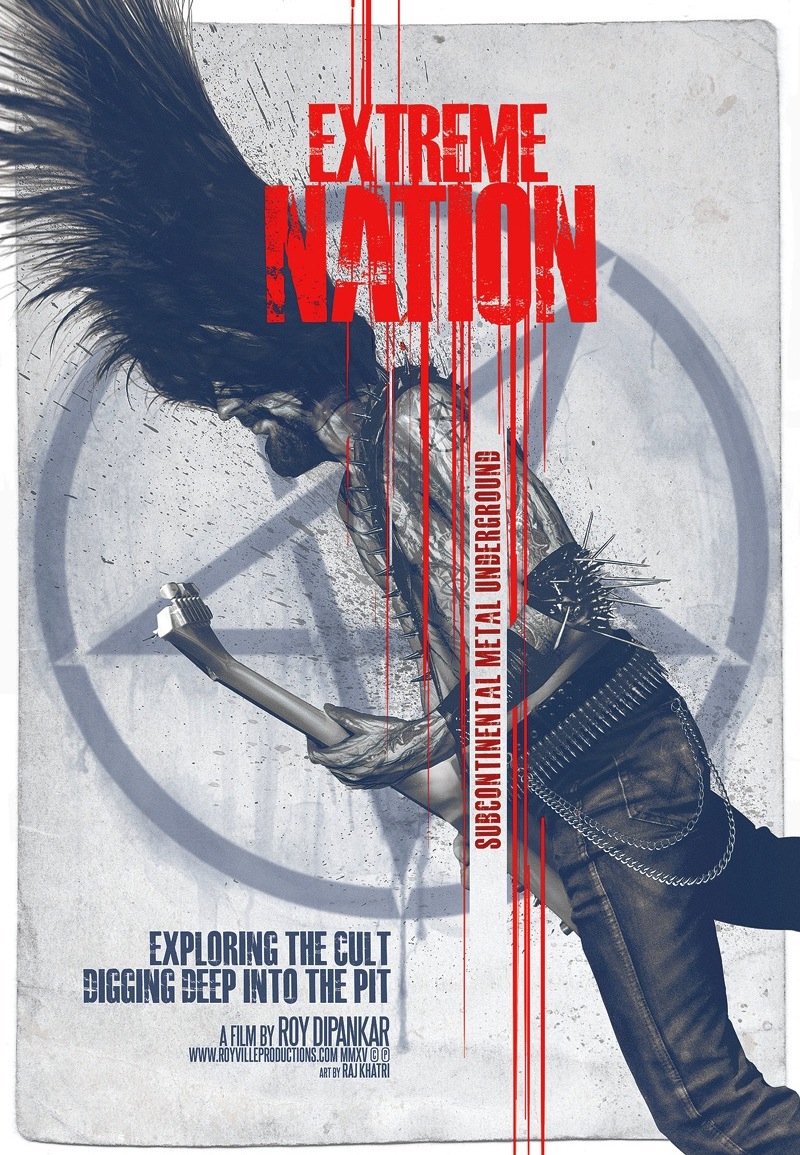 Aside from the always looming threat of violence (at one point, for example, the Pakistani grindcore band Multinational Corporation states that they are the victims of threats and intimidation), a great deal of the documentary was reminiscent of what heavy metal felt like when I was growing up in Latin America: A largely misunderstood genre, perceived as coming from a place of hate and evil, despite largely catering to the nerdiest among us (it is no coincidence that the Bangladeshi black metal band Nafarmaan is fronted by a self-described cosplayer). This isn’t a criticism (at least, it doesn’t have to be) but rather a demonstration of the truly complex dynamics that exist within the heavy metal community, and which defy any simplistic labeling.

The existence of this complex metal “community” is actually at the center of the documentary, as people from different countries, even from countries with a bloody history of war between them (as is the case between Pakistan and India) come together as a family. Heavy metal often appeals to people who feel alienated from their communities, and it is really great to see how this music is able to bring together people who have been separated by the destructive forces of politics and religion.

Of course, not everything is perfect in this film. Some of the footage seems haphazardly put together, lacking a clear narrative. And though the documentary is divided into sections, these sections are more like stanzas in a song than chapters in a book, and therefore do not really add anything to the narrative, nor to the viewer’s ability to understand the situation. Perhaps more damaging, the documentary also references events and situations that, unless you are well informed about the politics and history of the region, will probably fly over the heads of most viewers. In order to avoid that problem, filmmakers often include explanatory notes about the events being referenced but, for whatever reason, here the filmmakers did not follow that trend. Because of this, viewers might be unable to understand the background of what they’re watching, unless they pause the film and go on a Wikipedia search.

Despite its shortcomings, however, Extreme Nation is a truly fascinating window into the way in which heavy metal transcends borders and brings people together, even in societies that are hostile to it. Although many of the fans and musicians express contempt and dislike for society, religion and politics, they also demonstrate a tremendous love for their community, their countries, and for the rest of the misfits who found a home in heavy metal. And, frankly, seeing that kind of community grow in what is often such an unwelcoming environment, is worth the (very low) price of admission.

Extreme Nation is available for purchase on Vimeo, for USD 6.66, or for rent for USD 2.99.

All Is None – The Hypocrisy of Orphaned Land

Reflections on the Arrest of Varg Vikernes

Censorship is Alive and Well in Spain