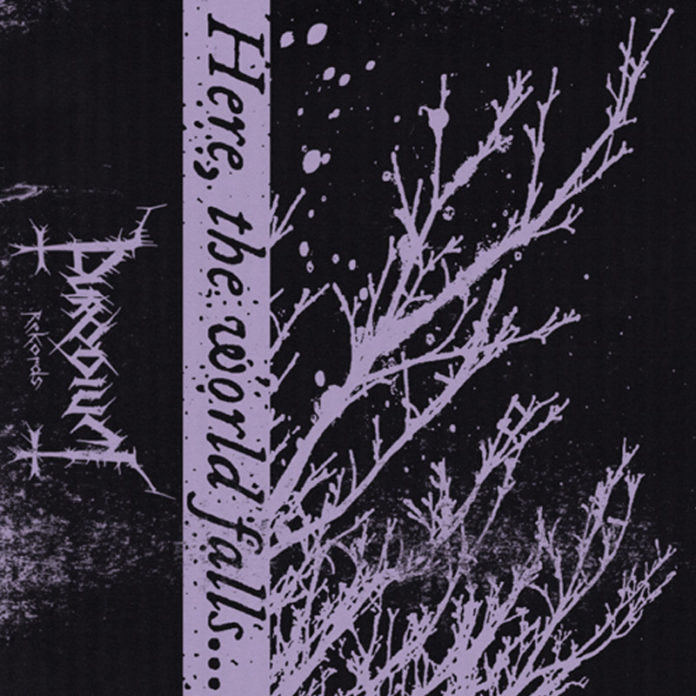 Modern black metal sounds great. Regardless of what you think about any specific band, the fact remains that, as far as production goes, the bar has been set quite high. Be it Dimmu Borgir, Abbath, or Watain, we expect albums to sound polished. This is in stark contrast with the early wave of black metal, which was shaped by poorly produced tapes recorded in barns and basements. And it’s precisely that raw and unpolished sound that seems to have been the target of Wømb, a Portuguese black metal band about to unleash a new demo.

Though you might think that Here, The World Falls… sounds “raw” because it’s only a demo, I don’t think that’s the case. Their previous release, the EP Taciturn, sounds just as under-produced, if not more so. I really think that this is a deliberate choice on the part of Wømb who, for whatever reason, want to sound as shitty as possible. That’s not necessarily a bad thing, if that’s what you’re into, but it’s something that will keep a lot of people from enjoying the album.

As far as the songs go, I think I hear a lot of Burzum influences in there, particularly in some of the vocal parts (the faster sections of “Finis Mundi” really reminded me of Varg‘s delivery). Musically they’re not exactly treading new ground, sounding almost punk at times. They do not seem to be interested in showcasing any kind of virtuosity or uniqueness, and are instead content with just sounding raw and pissed off. Frankly, they’re good at it.