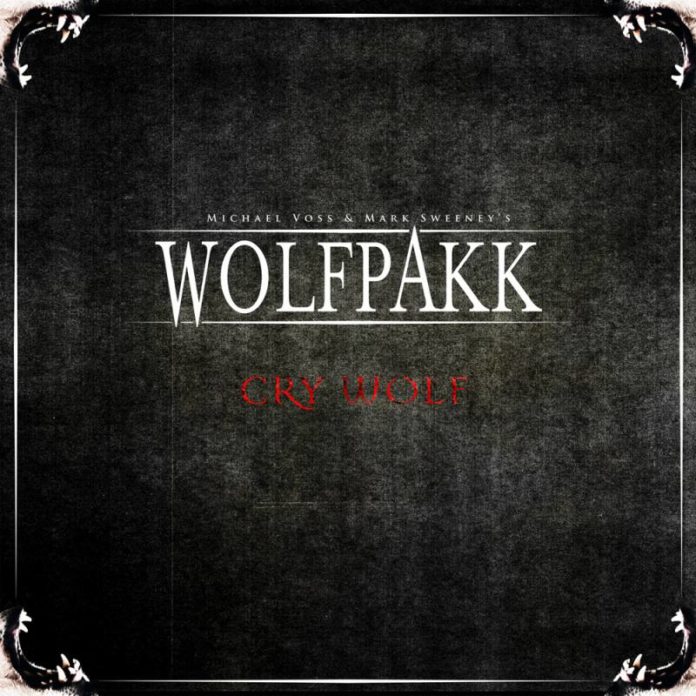 From the first time I heard both Accept’s classic Balls to the Wall and Scorpions’ criminally underrated Animal Magnetism, I was immediately hooked on the tight riffage and unique melodic sensibilities that only German bands seemed to possess ((I know that bands from neighbouring countries can also sound similar, but for the sake of simplicity…)). Those conventions have been passed down through generations and have given us some of the most cherished moments in traditional heavy metal and hard rock. Those conventions have been upheld once again by Wolfpakk; the relatively new project from Mad Max belter Michael Voss and Crystal Ball’s Mark Sweeney.

Cry Wolf, the band’s second release ((Their self-titled debut was released in 2011)) finds the two members bringing in another group of crack players to lend their expertise in almost every area. It actually surprised me that two lead singers would share those duties not only with each other, but also with a guest vocalist on all but two songs (three if you include the bonus track). I would have thought that such an album would sound disjointed from all the different voices that populate it (For the complete list of guest vocalists, please check the media section on the Wolfpakk website), but everything flows really well, and one is never distracted by the change of singers. They also have some pretty spectacular names in the lead guitar position, including ex-Europe axeman Kee Marcello, who turns in a stellar performance on the title track.

The first weak-point of the record is in the production. It’s serviceable, you can hear everything clearly, but there’s nothing that punches to the more primal parts of the listener’s psyche, save for those swashbuckling, fist-pumping backing vocals. If they had brought in Andy Sneap to do here what he did on Blood of the Nations and Stalingrad, this album could have been such a joy as to make old-school rivetheads squeal with glee. The second, fairly minor quibble is in the simple fact that some of the tracks sound slightly samey at times. This, however, is a problem that goes with the territory and the band never straight-up plagiarizes itself. This doesn’t really matter though because, if you’re smart, you’ll have this on too loud to really care about the production, and you’ll just want more of all the power that these tunes have available.

As things stand right now, this is an admirable piece of teutonic steel for any metal fan to add to their collection. An imperfect mix is far from a death knell when your material is of such a brute force, high calibre, deftly constructed sort as Cry Wolf. Voss and Sweeney are quite clearly possessed of a singular purpose, and they know exactly how to use each musician at their disposal. This album is one of those rare collaborative efforts that is exciting not only because of those involved, but because of the songs enclosed. Drink it up!